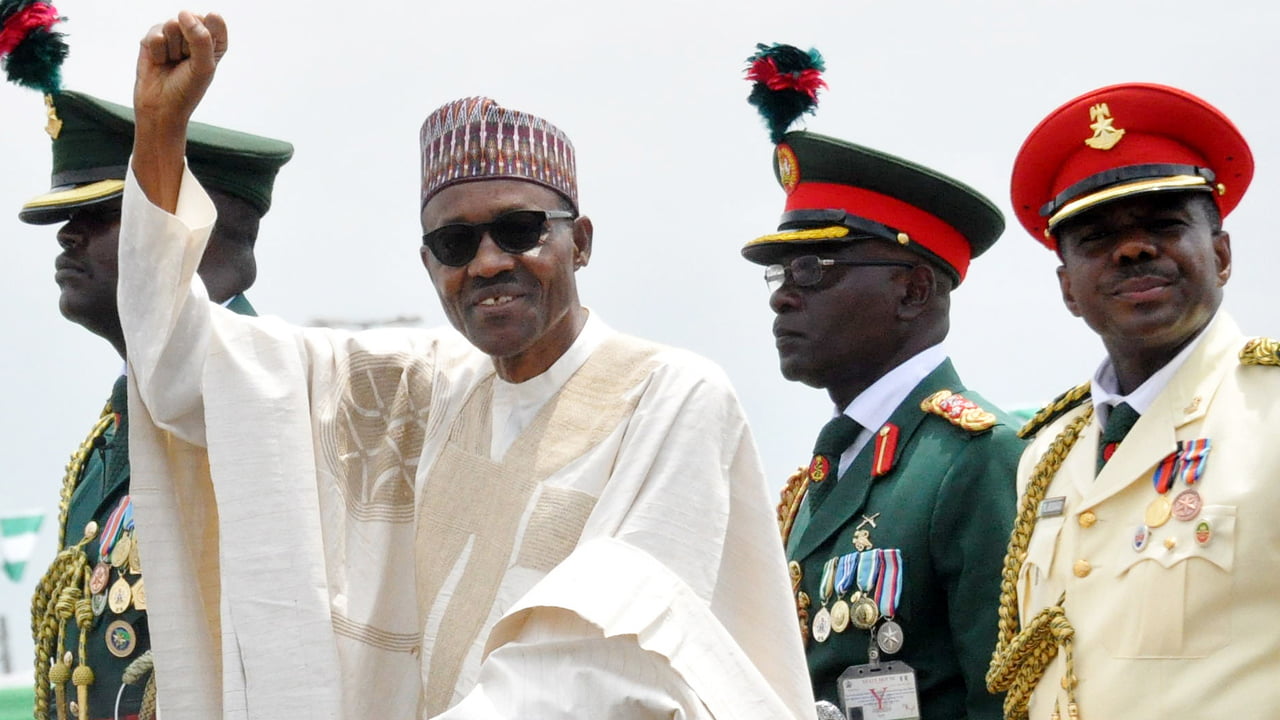 President Muhammadu Buhari will on May 29, be inaugurated as the President of the Federal Republic of Nigeria for a second term in office.

Similarly, the country will be celebrating the first June 12 National Democracy Day, after the law was passed by the National Assembly.

Ahead of these events, the federal government has released a schedule of activities.

Recall as previously reported by Naija News, the Minister of Information and Culture, Lai Mohammed had disclosed that the inauguration ceremony will be low-key.

Further addressing a World Press Conference at the National Press Centre in Abuja on the 20th of May as preparation for the days begin in earnest, Alh Mohammed disclosed details of the two events.

Read the full statement below;

TEXT OF THE WORLD PRESS CONFERENCE ADDRESSED BY ALHAJI LAI MOHAMMED,
THE MINISTER OF INFORMATION AND CULTURE AND CHAIRMAN OF THE MEDIA AND
PUBLICITY SUB-COMMITTEE OF THE PRESIDENTIAL INAUGURATION COMMITTEE, ON
MONDAY, MAY 20TH 2019 AT THE NATIONAL PRESS CENTRE, RADIO HOUSE, ABUJA

Gentlemen of the press, good afternoon and welcome to this press conference. We have invited you here today to intimate you with the details of the May 29th presidential inauguration and the first
observance of June 12th as the nation’s Democracy Day.

Before we reel out the details of the events, let’s remind you, gentlemen, that Mr. President last year declared June 12 as Democracy Day and a national holiday. He also said the official commencement of the new Democracy Day will be in 2019. It is in fulfillment of this declaration, therefore, that the Federal Executive Council decided, at its meeting on Wednesday May 8th 2019, to have a low-key presidential inauguration on May 29th, and then defer the celebration that comes with it to the June 12 Democracy Day.

This is why I said, at my earlier press conference, that since the first observance of June 12 as Democracy Day falls in an election year, and as a measure to sustain June 12 as Democracy Day, the celebration of the inauguration and the advancement of democracy in the country will now take place on June 12. I also said, of course, that the country can ill-afford two major celebrations within a two-week interval.

On the invitation of world leaders to the presidential inauguration, I said the leaders would be invited instead to the ceremonies marking the observance of the Democracy Day on June 12, and that invitations have since been sent out to them.

Now to the details of the two events.

Presidential Inauguration on May 29th 2019

Activities leading to the inauguration of Mr. President officially kicks off today, May 20th, with this press conference. This will be followed on Tuesday, May 21st, by the commencement of a three-day
National Youth Entrepreneurship Empowerment Summit at the International Conference Centre (ICC) here in Abuja.

The Federal Executive Council Valedictory Session will be held at the Council Chambers, State House, Abuja, on Wednesday, May 22nd; a Special Jumat Lecture and prayer will be held on Friday May 24th at the National Mosque; the First Lady’s interaction with women is slated for the Old Chamber at the State House on Saturday May 25th while a special Interdenominational Church Service is slated for Sunday May 26th at the National Christian Centre.

The events celebrating June 12 as Democracy Day will kick off on Friday, June 7th with a Historical Exhibition in Arts, Pictures and Immersive Environment and run through June 12th. The event is slated to hold at the ICC. It will be followed on Sunday, June 9th by a Youth Concert, Creative Industry and Entertainment Night also at the ICC.

On Monday, June 10th, there will be a Secondary Schools Exhibition/Panel Discussion at the ICC, and Tuesday, June 11th will feature three events: the PMB Oratorical Contest at the ICC, an anti-corruption Summit at the Transcorp Hilton and a First Lady’s Commissioning Programme in Yola, Adamawa.

Wednesday, June 12th will start off with a parade at the Eagle Square, and the Democracy Day programme will wrap up with a Dinner and Gala Night at the State House Conference Centre.