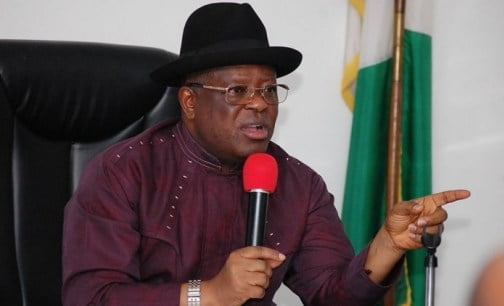 It was a hilarious and embarrassing moment when permanent secretary hopefuls in the Ebonyi state civil service on Tuesday failed to recite the national anthem, states and capitals, among other questions they were asked during their interview session.

The interview was televised live and watched by hundreds of people across the state who witnessed the flaws of the interviewees.

Naija News reports that the oral interview which came after a written test was also part of the screening exercise for the post of permanent secretaries into the state’s civil service.

The interview was supervised by the state governor, David Umahi and his Deputy Kelechi Igwe, who was the chairman of the interview committee.

The governor noted that two persons each from the 13 Local Government Areas of the state were selected and noted that the state needs brilliant brains and competent hands to reposition the state’s civil service.

“The appointment of new permanent secretaries will be based on their performances in the exercise as my administration is poised toward reforming the state’s civil service,” he said.

READ ALSO  What Sultan Of Sokoto Told Muslims, Nigerians To Do