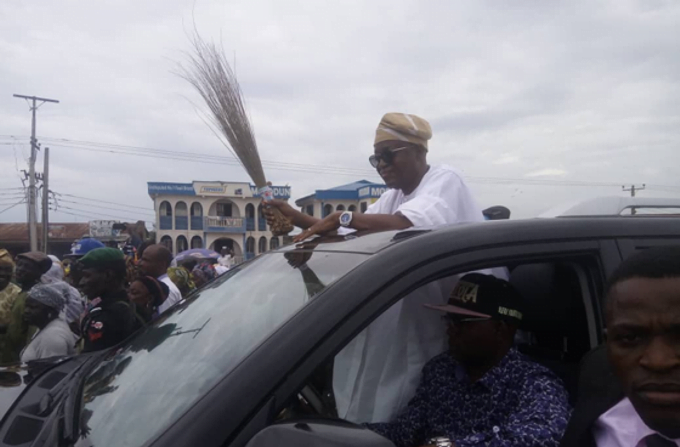 The supporters of the All Progressives Congress (APC) in Osun State, have taken to the streets to celebrate the victory of Governor Gboyega Oyetola at the appeal court.

Recall the Appeal Court in its judgement on Thursday, ruled in favour of Oyetola, setting aside the judgement of the Osun State Governorship Election Tribunal which initially gave victory to Sen Ademola Adeleke of the Peoples Democratic Party (PDP).

The decision of the Appellate court has continued to generate mixed reactions from Nigerians as Naija News reports the PDP has also vowed to challenge the ruling at the Supreme Court.

See pictures from the APC celebration below: