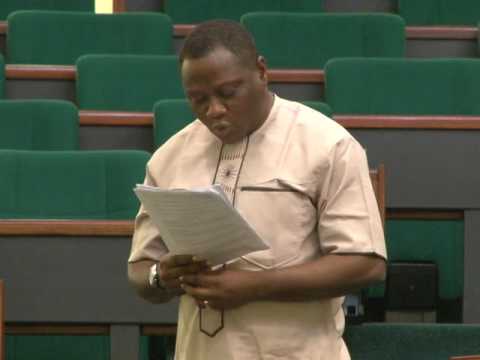 In respect to the battle for the leadership of the 9th National Assembly, Olajide Olatunbosun, who represents the Saki West, East and ATISBO federal constituency, on Tuesday stated that most of the All Progressives Congress members in the House of Representatives wants him as the next speaker

Olatubosun during an interview with NAN stated that he has the backing of most his party members to become the next speaker of the house.

“As I have said before, I was waiting for the party to zone the position to the Southwest before I conclude on whether to contest or not because I’m a very loyal party man.”

“Upon further discussion and consultations with stakeholders and with a pledge of support and assurance from my colleagues, I have made my ambition known today.”

“As I speak to you this afternoon, majority of APC members and some who are even in opposition parties prefer me to lead the house.”

“I have been patient enough to wait for zoning of the party even when my colleagues are screaming it loud and clear that I’m their preferred choice,” he said.

When he was asked if the party has endorsed a candidate for the position he said, “What the party did was to advise, it can’t give order or directive, we are all qualified.”

“I’m going to the contest as a popular candidate with the support of my party members; the support we have received so far has been enormous,“ he said.