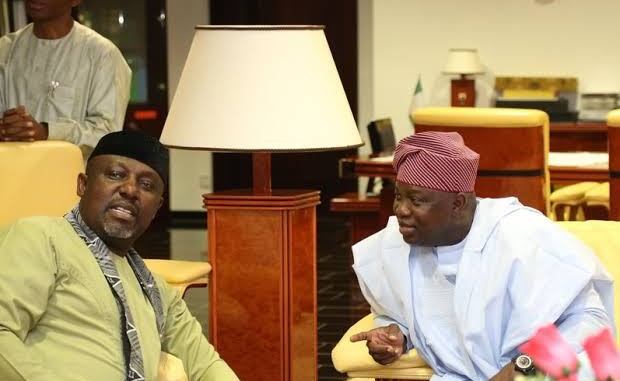 SERAP Calls For Such Practice To Stop

The Socio-Economic Rights and Accountability Project (SERAP) has described as ‘outrageous practice’ the practice of paying outgoing governors, who were not re-elected, billions of naira aside pension and other benefits.

This is as findings revealed that Fourteen governors, their deputies and 434 state lawmakers who will not be returning to the government will be going home with N2.06bn.

Others are Adamawa State Governor, Bindo Jibrila, and his counterpart in Bauchi, Mohammed Abubakar, who did not win their re-election bids are also among the governors to collect severance allowance.

This means that the 14 governors and their deputies will be going home with a total of N182.11m at the expiration of their tenures on May 29.

The severance allowance is, however, separate from other packages which many states have put in place as retirement benefits or pension packages for their governors and deputy governors.

Some of such packages include unlimited health care benefits as well as houses in any place of their choice in the state. Some also offer another house in the Federal Capital Territory. Some former governors have been known to implement some of the packages for themselves towards the end of their tenures.

Investigation also showed that 434 state lawmakers spread across 27 states will be going home with a total of N1.88bn. Each state lawmaker is entitled to 300 percent of their annual basic salary as severance allowance. This comes to N4.34m.

In Oyo State where 30 lawmakers will not be returning to the state House of Assembly, the lawmakers are to receive a total of N130.14m.

Incidentally, Lagos State whose governor could not get the party’s ticket produced the least number of only one non-returning lawmaker that will get N4.34m.

Severance allowance is paid to political office holders at the end of their tenure. There are other allowances which they receive while in service. These include motor fuelling allowance, furniture allowance, newspaper allowance, hardship allowance and a host of others.

However, the SERAP has called the attention of the public to this “outrageous Practice”. See Tweet below

BREAKING: Fourteen governors, their deputies and 434 state lawmakers who will not be returning to government will be going home with N2.06bn.
We'll continue to challenge this outrageous practice for the sake of millions of Nigerians who deserve good governance and development.

The agency had earlier called on the Code of Conduct Bureau CCB to make public, asset declaration submitted to the bureau by successive presidents and governors from 1999 to 2019, Naija News reports