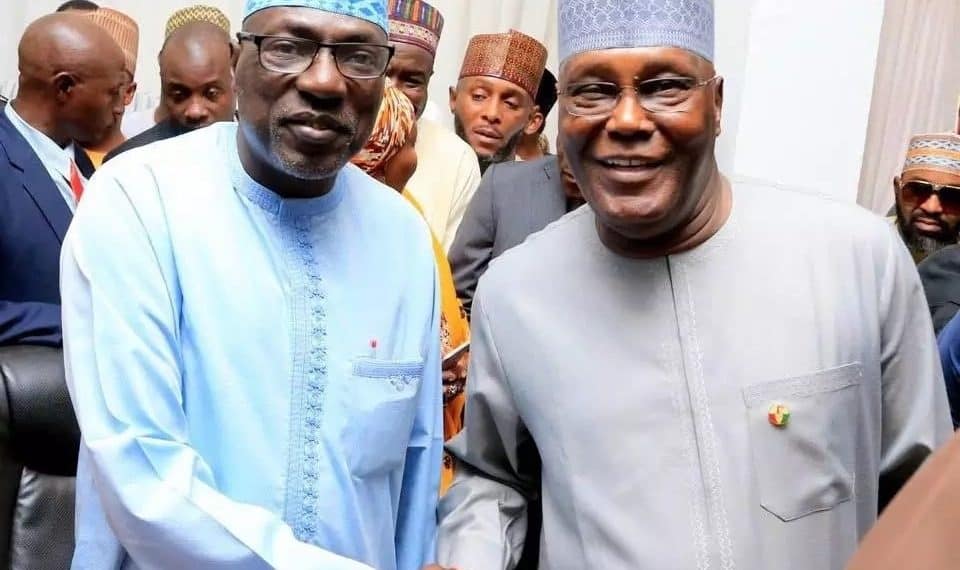 Senator Mohammed Makarfi, has expressed hope that freshly emerged Presidential candidate of the Peoples Democratic Party (PDP)  Atiku Abubakar will return Nigeria to the path of sanity if elected into office in the 2019 general election.

Makarfi, who scored 74 votes in last week’s primaries, noted that the emergence of Atiku as the PDP standard-bearer was an indication that the party had “turned a new leaf in broadening the democratic process and space”.

This was contained in a congratulatory message dated October 8, which Makarfi personally signed, and addressed to Atiku on Wednesday.

“Your emergence as the candidate of the party has gone further to reinforce the new philosophy and the promise that the PDP holds for both the present and the future of this country.

“Having known your strength of character, never-say-die spirit as well as total commitment to, and the dogged pursuit of any cause that you believe in, I have no doubt in my mind that you will successfully lead us in this very crucial battle to rescue our country and return it to the path of sanity.

“When prior to our party’s convention, we all came together to commit to the success of the party in 2019 elections irrespective of the outcome of the primaries, I personally did that, fully conscious of the fact that each one of the aspirants was eminently qualified to fly our flag.

“The contest, as far as I am concerned, was not just an expression of the legitimate rights of individuals to give vent to their aspirations, but also a statement in how the party has turned a new leaf in broadening the democratic process and space.

“I therefore write, on behalf of myself, my campaign organisation and all my supporters to warmly congratulate you on your success at the convention and to pledge our total support and commitment towards your, and the party’s success in the 2019 polls.