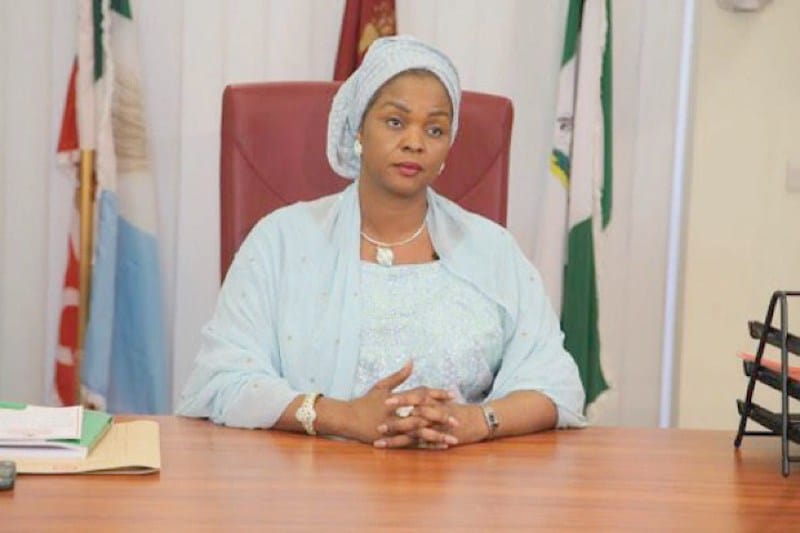 The senator representing Adamawa North Senatorial District, Binta Garba, has denied the alleged reports in which she was quoted as saying PDP approached her to dump the APC.

My attention has been drawn to an online report captioned “How PDP offered me over 300 million naira to dump APC” which caption was credited to me and has been circulating in the media. I hereby deny making any such comments or insinuations at any fora.

It would be recalled that several report allegedly claimed that Mrs Binta was offered over N300m by the PDP so that Governor Jibrilla Bindow, the then candidate of the APC, would not scale through.

The senator, who spoke ahead of the APC primary, urged party members to re-elect President Muhammadu Buhari, Governor Jibrilla Bindow and herself again.

I remain a committed member of our great part- APC and I have neither been approached nor offered money by anybody to dump the APC for any other party.

I was opportuned to pick up my expression of interest and nomination form at the party headquarters. #Binta2019 #WinwithBinta #Forthecommongood pic.twitter.com/XHuLKpQLK9