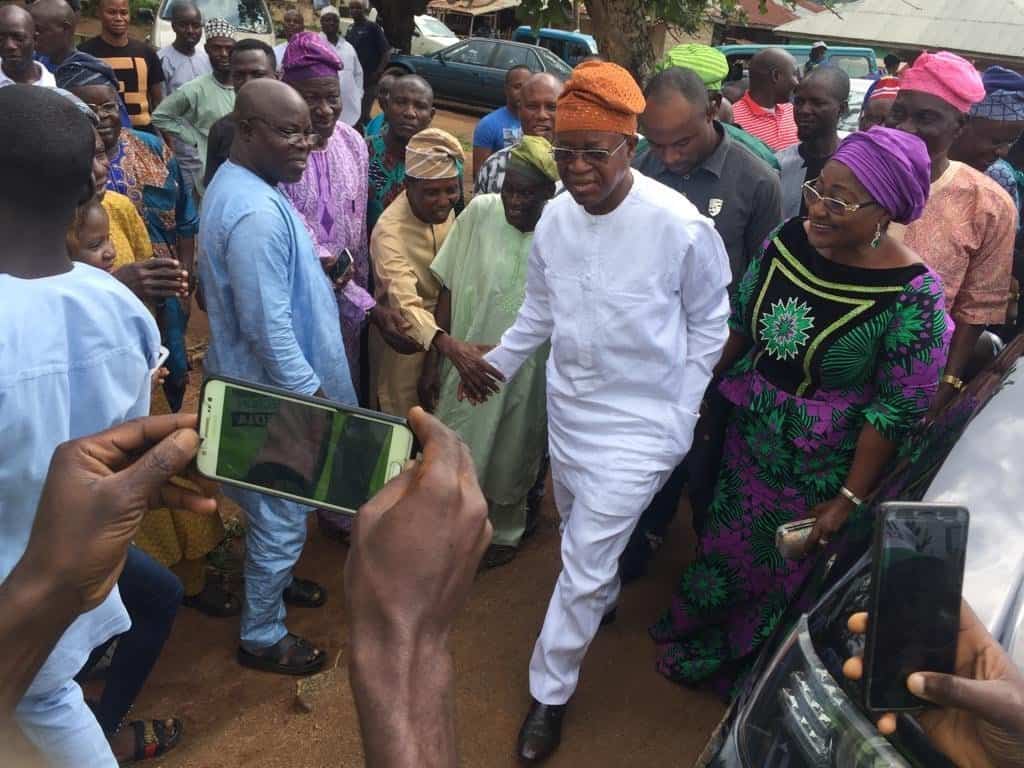 Alhaji Gboyega Oyetola, the governorship candidate of the All Progressives  Congress (APC) in Saturday’s governorship election in Osun, has expressed satisfaction with the conduct of the election so far.

He said the reports he was getting from APC party agents across the state indicated  that the process was smooth, free and fair.

“To God be the glory, the process of the election is peaceful and  INEC has done very well so far.

“My expectation is that we have a peaceful, free and fair election all through.

“People have come out en masse to cast their votes and I have just performed my own civic responsibility as the candidate of APC.

“I have a lot of confidence in the process because there had been no report of any serious issues from all APC party agents across the state, ” he said

The News Agency of Nigeria (NAN) reports that Oyetola arrived at the polling unit at about 10:10am, in company with his wife and daughter.

While 48 parties are participating in the election,  the frontline candidates remain  Oyetola, Ademola Adeleke of the Peoples Democratic Party and Iyiola Omisore of the Social Democratic Party.