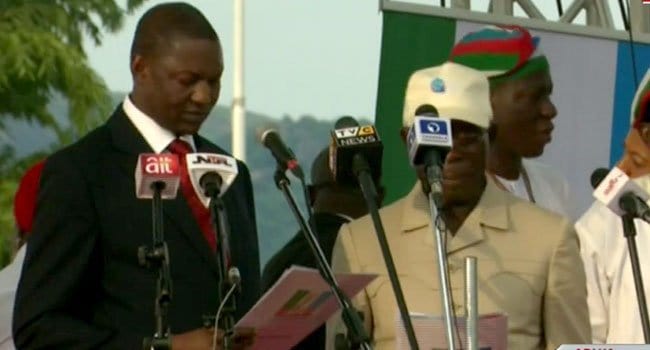 Former Governor of Edo State, Adams Oshiomhole, has been sworn in as the National Chairman of the All Progressives Congress.

Naija news had earlier reported that Mr Oshiomhole was returned unopposed after a voice affirmation by party members. The party said 18 positions were unopposed, and all were affirmed on Saturday.

Ahead of his inauguration, the National Working Committee and National Executive Committee of the party were dissolved to make way for the new leadership.

It was a long wait for his inauguration as the National Convention dragged on deep into a second day.