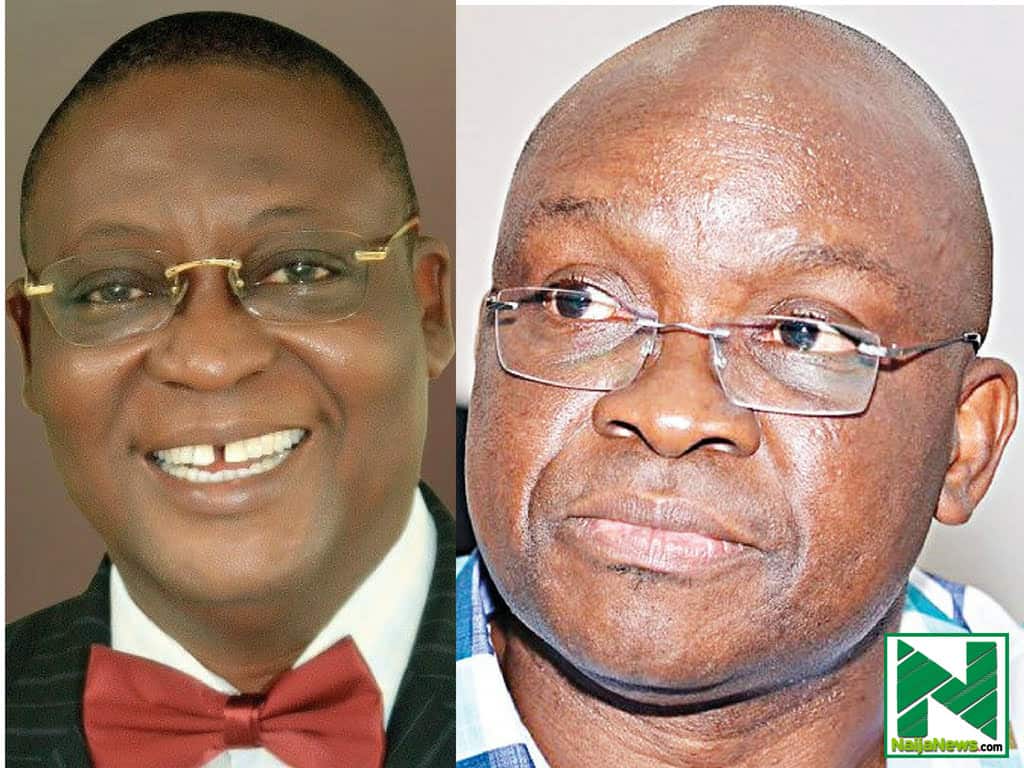 The defection of former Minister of State for Works, Mr. Dayo Adeyeye from the Peoples Democratic Party to All Progressives Congress will not affect the party’s fortune in the 14 July election, Governor Ayo Fayose of Ekiti said.

In a statement by his Special Assistant on Public Communication and New Media, Mr Lere Olayinka in Ado Ekiti on Tuesday, Fayose said that Adeyeye’s defection to the All Progressives Congress had merely confirmed his earlier position that he was never a loyal and committed member of the Peoples democratic Party.

“I am not bothered by the action taken by the former aspirant in the just concluded PDP governorship primary election in the state.

“His move to APC will not in any way affect us. This is because majority of those he thought were behind him did not defect with him.

“In fact, one of his two party agents for the last primary is still with us in PDP and you know what that means.

“If somebody is your party agent and could not go with you to another party it tells a lot and even as he is moving from PDP, many others from APC are coming to us, so we have nothing to lose with his defection,” he said.

The governor said that he held no problem with his move because he had the right to move from one political party to the other adding that he wished him well in his new party.

“While he was the PDP national spokesman, he had spoken terrible things against the APC and he has now gone to join the same party,” Fayose said.