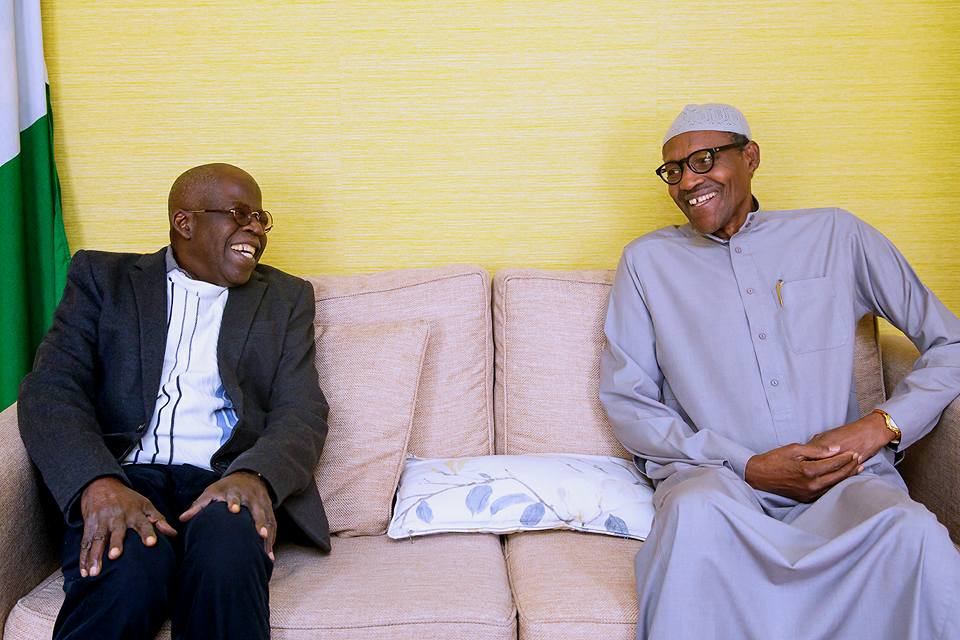 National Leader of the APC, Asiwaju Bola Ahmed Tinubu, has extended invitations to Mr Femi Falana (SAN) and veteran journalist, Mr Kunle Ajibade, to join the train of All Progressives Congress (APC) as part of efforts to move Nigeria forward.

Tinubu made the call to both men in a statement made available to NAN on Monday by Tinubu’s Media Officer, Mr Tunde Rahman, on the occasion of the duo’s birthday.

He described the duo as icons in their chosen fields, whose contributions would continue to mean much to the country.

“The month of May which in 1999 heralded the rebirth of democracy in Nigeria after almost 16 years of unbroken military interregnum, is also significant in one other respect.

“It is the month of birth of many prominent Nigerians.

“As both were united in their month of birth, there is also an unmistakable meeting point in their life trajectories.

“Both fought against successive military regimes to facilitate the emergence of democracy in the country,” Tinubu noted.

He commended both men for their impactful actions on the life of Nigeria as a nation.

“There is no doubt that both Falana and Ajibade had impacted on Nigeria and Nigerians in the most profound ways.

“We enjoin the duo not to rest on their oars but join hands with us in the All Progressives Congress, led by President Muhammadu Buhari, to make Nigeria a better place.’’

“I say happy birthday to them and wish them long life, continued good health and renewed energy to continue to make invaluable contributions to our country.”

“He described the duo as close friends with whom he had interacted in the continuous struggle for enthronement of true democracy, good governance and rule of law.

“Mr Falana is a lawyer, pro-democracy and human rights activist, who continues to employ the instrumentality of the law to correct the ills of the society.

“”His contributions to constitutionalism and jurisprudence know no bounds.

“”He takes briefs from the rich to empower him to fight injustice against the poor pro bono.

“”Ajibade is that astute journalist and celebrated author, who through his pen, fought against the military junta and was particularly a thorn in the flesh of the regime of the late Abacha.

“He authored two popular books – ‘Jailed for Life’ – his experience in prison for which he was clamped by the Abacha junta, and ‘What a Country’ – which speaks about the ills in the country,’’ Tinubu said.