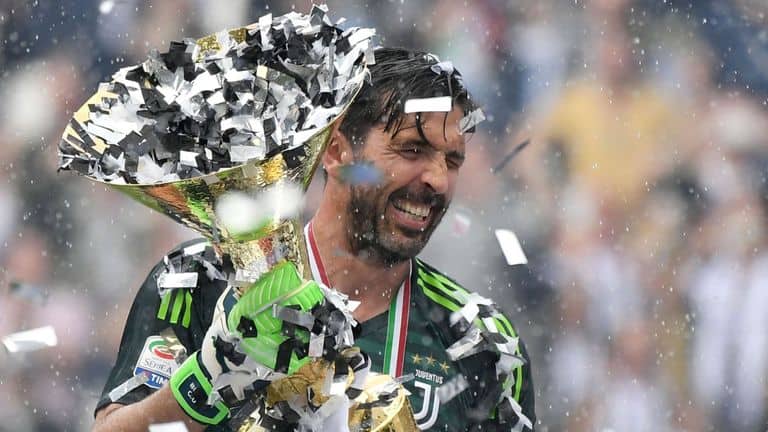 Buffon to decide future in a week amid PSG speculation

The Italian goalkeeping legend,Gianluigi Buffon has promised to disclose his decision this week on whether he will be joining French club, Paris Saint-Germain.

Buffon, 40, played his final game for the Italian giants Juventus in a 2-1 win over Verona on Saturday, capping a 17-year career in Turin that harvested seven consecutive Serie A titles.

“PSG? I need a week to be calm and analyse everything. These aren’t simple choices. At 40, you can’t make decisions in the heat of the moment,”

Paris Saint-Germain president Nasser Al-Khelaifi also told L’Equipe sports daily: “He (Buffon) is a fantastic goalkeeper, he’s very charismatic and is a true gentleman. I’m sure all the clubs want him.”