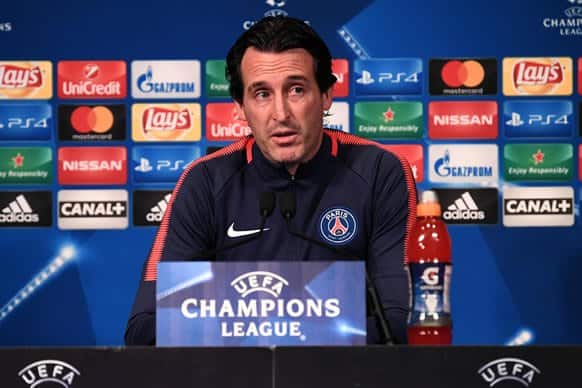 Emery Set To Takeover From Wenger

Unai Emery, former Paris Saint-Germain coach, is set to take over the baton from Arsene Wenger, after spending 22 years as the club coach.

The former PSG coach, who is 46 years old, won Ligue 1 and four domestic cups in two seasons in the French capital before departing earlier this month.

However, the Spaniard paid for his failure to get PSG beyond the last 16 of the Champions League in his two seasons at the Parc des Princes.

“Emery emerged as the unanimous choice following a recruitment process in which all candidates were spoken to,” said the BBC.

PSG had previously reached four consecutive Champions League quarter-finals following the Qatari takeover of the club in 2011, but Emery oversaw a humiliating defeat to Barcelona in the last 16 a year ago, losing 6-1 at the Camp Nou after a 4-0 win in the first leg.

The club then committed to spending 400 million euros ($483 million) on Neymar and Kylian Mbappe alone the two most expensive transfer deals in history last year, but Paris were eliminated in the last 16 again this year, going out to Real Madrid.

“We lost against Real but they are showing that they are maybe still the strongest team in Europe,” said Emery when announcing his departure.

Recall that Naija News reported that Wenger announced last month he was stepping down at the end of the season.

A sixth-placed finish in the Premier League, the Frenchman’s worst-ever return, means the Gunners have failed to qualify for the Champions League for a second straight season.

Former Arsenal midfielder, Mikel Arteta, looked like the most preferred option until the table was turn at the last minute.

“He was a leader, has good passion for the game, knows the club and knows what is important at the club,” Wenger told BeIn Sports. However, Arteta’s lack of previous managerial experience appears to have seen him lose out to his compatriot.