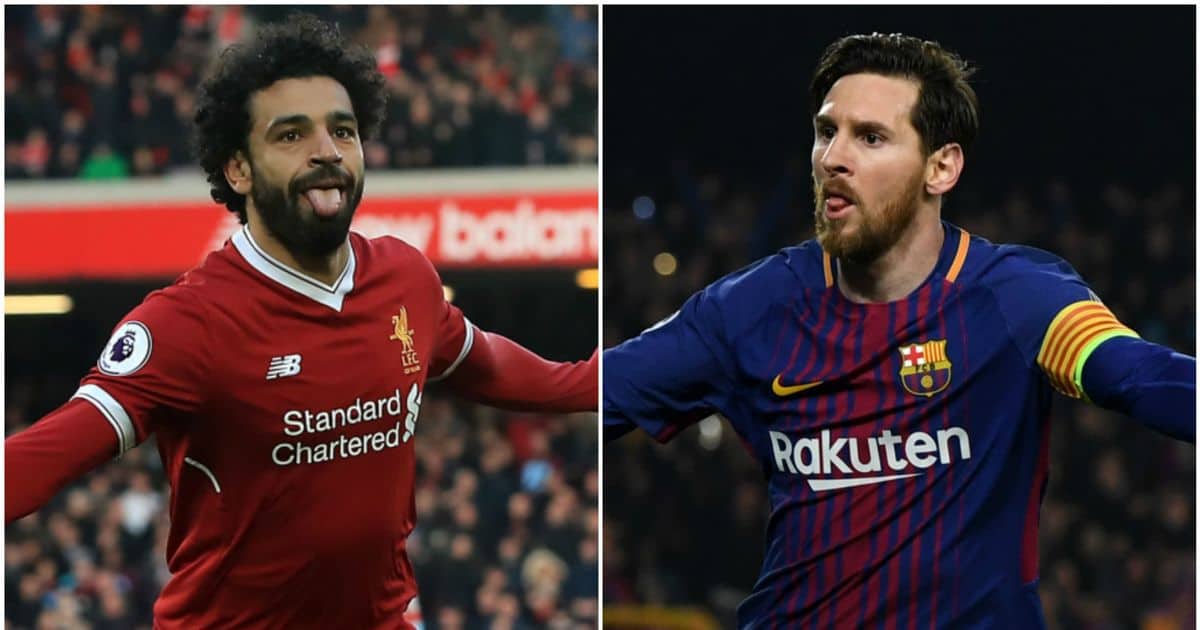 Lionel Messi has overtaken Mohammed Salah in the race for the European golden shoe, with his hat-trick over the weekend in Barcelona’s win at Deportivo on Sunday.

Messi’s 41st club hat-trick helped Barcelona win the La Liga title with just four games left for the season to end, and the goal bringing Messi to 550 goals for Barcelona in 634 appearances.

The goal puts Messi on 64 points, two points ahead of Salah, who had seven shots in the 0-0 draw with Stoke on Saturday, but could not hit the target.

Messi, who won last season’s European Golden Boot having scored 37 times to finish with a total of 74 points, is now in the right position to win another individual award, and has four league games remaining compared with Salah’s two, starting with the Clasico on Sunday evening.

In third place is Lazio’s Ciro Immobile, just two goals behind Salah and three behind Messi; the Italian has three Serie A games remaining to make up the deficit.

If Salah gets to overtake Messi in the final few weeks, the 25-year-old would become the first Premier League player to be crowned Europe’s top marksman since another Liverpool forward, Luis Suarez, shared the award with Real Madrid’s Cristiano Ronaldo four years ago.

Ronaldo was the last player from the English top flight to win the European Golden Shoe outright, after scoring 31 goals to help Manchester United claim the 2007/08 Premier League title.