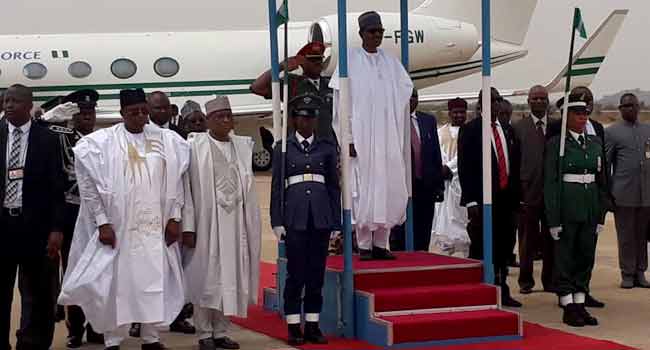 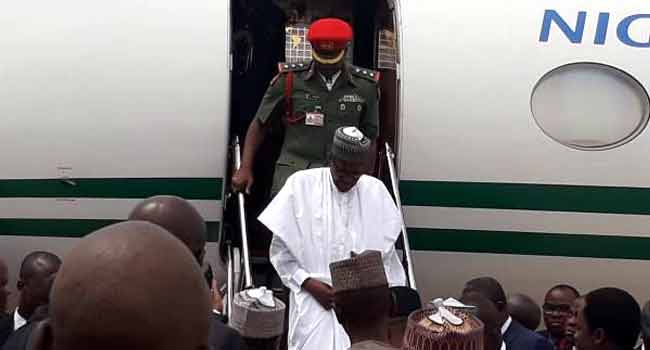 President Muhammadu Buhari has arrived in Bauchi State on a two-day working visit.
The presidential plane touched down at the Sir Abubakar Tafawa Balewa International Airport, Bauchi at about 10:20 am on Thursday, Naija News understands.
President Buhari was welcomed at the airport by the governors of Bauchi and Adamawa states, Mr Muhammed Abubakar and Mr Mohammed Jibrilla, as well as some ministers.

Buhari inspecting a Guard of Honour mounted by the military.

Shortly after his arrival, President Buhari inspected a Guard of Honour mounted by the military. He then proceeded to the Nigeria Air Force Base Special Operations Command, Bauchi, to inaugurate the Air Force Referral Hospital Bauchi.

The President is visiting Bauchi after two failed attempts since he assumed office in 2015.

During the visit, he is also expected to flag off the distribution of farming implements to farmers in the state, as well as inaugurate some road projects embarked upon by the Governor Abubakar’s administration.