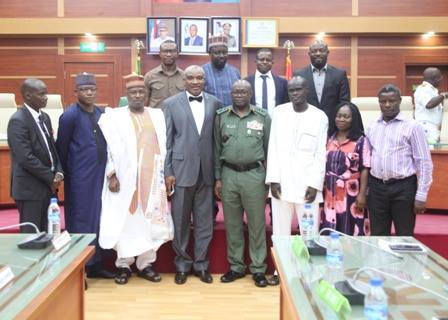 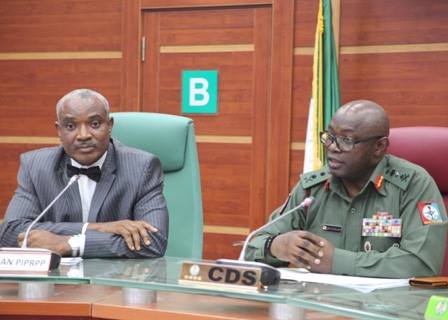 The  Chairman, Special Presidential Investigation Panel for the Recovery of Public Property (SPIPRPP), Mr Okoi Obla has solicited the support of the Nigerian Armed Forces on the ongoing anti-corruption crusade of the Federal Government.

Naija News understands that Mr Obla who also doubles as the  Senior Special Assistant to the President on Prosecution  made the request known during a courtesy visit to the Chief of Defence Staff (CDS), General Gabriel Olonisakin at the Defence Headquarters, Abuja.

The SPIPRPP Chairman said the aim of his visit to Defence Headquarters was to seek the support and collaboration of the Nigerian military in the fight against corruption, which he described as an “epidemic” that is affecting national security.

He further explained that the SPIPRPP is mandated to investigate assets of public officers who are perceived to have corruptly enriched themselves.

He pointed out that corrupt people used their laundered money to finance terrorism and the military bears the gross, when these terrorists destabilizes the country.

The Senior Special Assistant to the President on Prosecution said as part of the defence policy, the Armed Forces could also assist the Panel to checkmate acts of economic adversity.

He said that pipeline vandalism, oil and gas theft are act of economic sabotage, noting that the Panel was also mandated to investigate those sabotaging the country.

The Chairman, also used the opportunity of the visit, to encourage the military personnel to ensure that they declare their assets as public officers.

The CDS, General Olonisakin, while thanking the SPIPRPP Chairman for the visit, said that the Nigerian Armed Forces was ready to partner the Panel to make sure that it succeeds in the anti-corruption task of recovering stolen public properties.

General Olonisakin restated that the military would continue to operate in transparent and accountable manner while appropriating public funds.

Speaking on the declaration of asset by personnel, the CDS promised that the military authority would continue to ensure that its personnel do the needful in that regard by declaring their assets