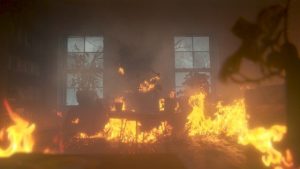 The News Agency of Nigeria (NAN) reports that the burnt reference centre is one of the best in Africa fully equipped with functional facilities for the test of HIV, leprosy and malaria among other diseases.

Reports has it that the fire which lasted for about three hours was later brought under control by fire fighters.

However, the cause of the fire was not yet ascertained.

When contacted, the Principal of the centre, Dr Labaran Shehu declined to comment, saying, “the cause of the fire is yet to be ascertained.”

He, however, promised to conduct a thorough investigation on the cause of the incident and address journalists later  on his findings.