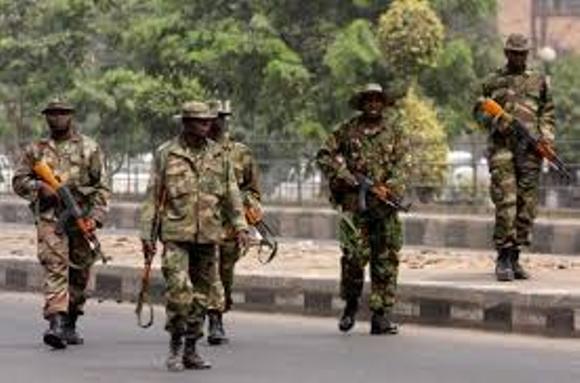 The troops of 33 Artillery Brigade of Operation “Lafiya Dole”, had killed four armed militiamen, when they were attacked by the militia group at Burra Junction in Ningi in Ningi Local Government Council of Bauchi State.

According to News Agency of Nigeria, Brig.-Gen. Texas Chukwu, the Director, Army Public Relations, via a statement issued on Sunday,  said that nine militiamen were also arrested.

The army spokesman said that one soldier was wounded in the attack, which started when the militiamen started firing at the patrol team.

“Troops of 33 Artillery Brigade, in the ongoing operation Lafia Dole, on March 17 at about 12:30 p.m. encountered members of a militia group, massing up at Burra Junction in Ningi Local Government Area of Bauchi State.

“The militiamen on sighting the troops, opened fire on them while the troops reacted immediately by engaging them.

“One soldier, who sustained gunshot wounds is stable, having been evacuated to the hospital and receiving treatment,’’ Chukwu said.

it might interest you to know that some Herdsmen were arrested for Destroying Farmlands in Kwata, kaanbee