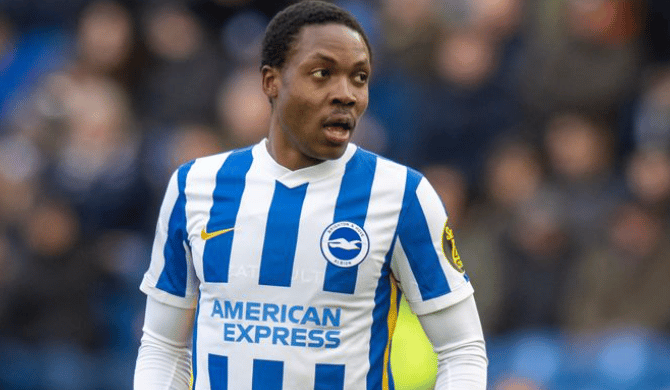 Former Brighton player, Enock Mwepu has been discharged from the hospital where he has been battling a heart-related disease.

Enock Mwepu spent four days in a Zambian heart hospital before it was announced on Thursday that he has been allowed to go home.

The 25-year-old fell ill on Sunday while spending time with his family back home and was taken to the hospital for preventative measures.

According to medical professionals, Mwepu is expected to return to the hospital on Wednesday for a review at the National Heart Hospital in Lusaka, the nation’s capital. He will decide what to do after the review.

After learning that he had a significant cardiac condition in October, Mwepu was forced to abandon his fast-rising football career.

He fell ill on his way to Mali during a break in the international schedule, and a medical check on him following his return to England revealed he has a congenital cardiac condition.

As the coach of the Under-9s, Mwepu began his employment with Brighton’s development academy in December. In 170 club career games, the ex-Zambia international scored 27 goals and provided 31 assists.