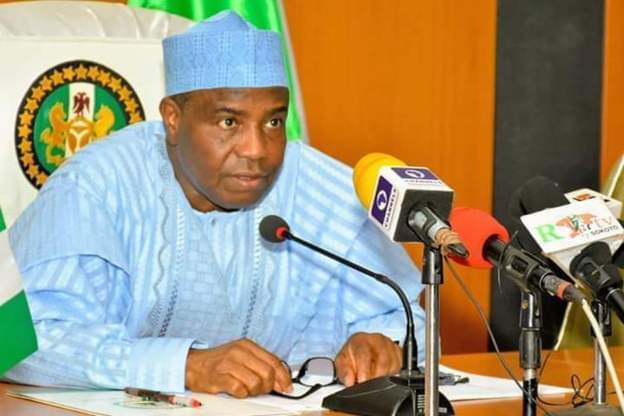 Governor Aminu Tambuwal of Sokoto State has presented to the State House of Assembly the names of nine persons as nominees for commissioners.

Naija News understands that the development came following the voluntary resignation of appointees seeking various political offices in the state.

The Chief of Staff to the governor, Alhaji Mukhtar Magori and other members of the cabinet had on April 27 declared their offices vacant.

However, Governor Tambuwal on Tuesday reportedly reappointed the CoS. The development was confirmed in a statement by Muhammad Bello, the Special Adviser Media and Publicity to the Governor.

Others are those who replaced the erstwhile commissioners who clinched the tickets to contest for the Senatorial seats.

Meanwhile, President Muhammadu Buhari has approved the replacement of Ahmed Aliyu, who was the former Executive Secretary of the Nigeria Police Trust Fund (NPTF)

Naija News reports that Ahmed Aliyu had resigned his appointment to contest in the All Progressives Congress (APC) gubernatorial primary election for Sokoto State in compliance with Buhari’s directive.

Ahmed Aliyu, who is also a former Deputy Governor of Sokoto, emerged as the party’s gubernatorial candidate for the 2023 election.

In a statement on Tuesday, Buhari appointed Abdullahi Bala as his replacement.

The new Executive Secretary was born on the 18th of August, 1967 in Sokoto North Local Government Area.