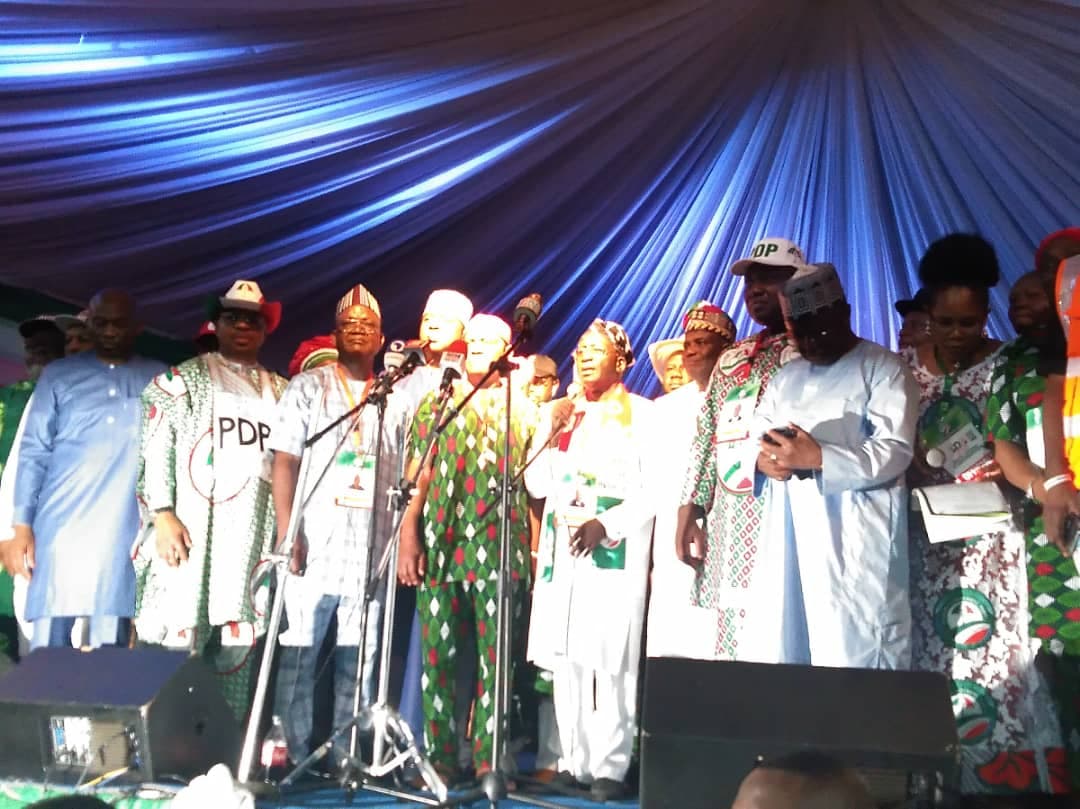 The swearing-in of the newly elected National Working Committee (NWC) of the Peoples Democratic Party (PDP) has been postponed.

Naija News reports that Governor Ahmadu Fintiri of Adamawa State made this disclosure in a statement on Saturday titled “Change of Date for the Presentation of Certificate of Return and Swearing-In Ceremony of the Newly Elected PDP National Officers”.

Fintiri, who was the Chairman of the National Convention Organizing Committee (NCOC) of the PDP, revealed that the inauguration earlier scheduled for Thursday, December 9, 2021, has been moved to Friday, December 10, 2021.

The governor, however, appealed to party leaders, members and the new national officers for the inconveniences the postponement might cause them.

Fintiri also urged them to note the change of inauguration date, adding that preparation for the swearing-in is ongoing.

Recall that the new NWC members were elected at the PDP elective National Convention held at Eagle Square, Abuja, on October 30 and 31, 2021.

The new PDP NWC, headed by the party’s chairman, Iyorchia Ayu, will oversee the day-to-day running of the party and ensure that the PDP reclaim the 2023 Presidency.

Below are the names of the new national officers:

Names of NWC members elected are listed below: