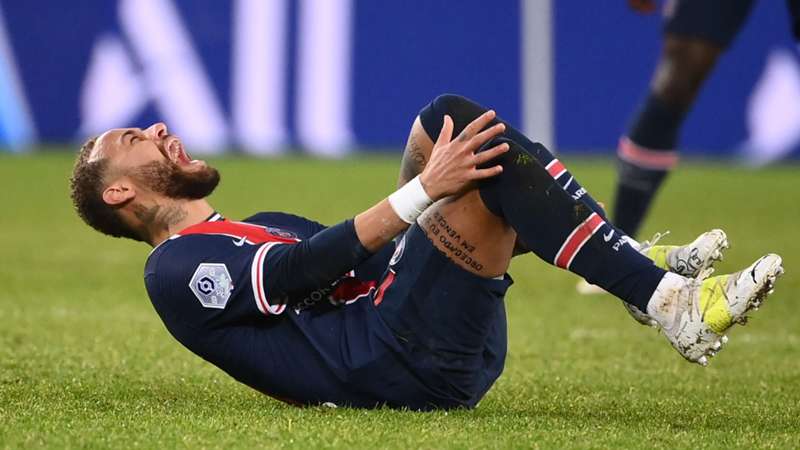 Paris Saint-Germain forward Neymar Jnr has suffered an ankle injury in Sunday’s 3-1 win over St Etienne in the French Ligue 1.

In a statement on Monday on its website, the French club confirmed that the Brazilian will be out for up to eight weeks.

The statement disclosed that the 29-year-old was stretchered off during the match after rolling his ankle under a challenge from a St Etienne defender.

It added that Neymar suffered ligament damage after spraining his ankle, and they expect him to be unavailable for between six and eight weeks.

PSG added that they will provide a further update on Neymar’s injury later this week, adding that the forward will likely return at the beginning of February, in time for the beginning of the Champions League knockout stages.

The statement said: “The examinations carried out last night confirm that Neymar Jr suffered from a sprained left ankle with ligament damage.

“An unavailability of 6 to 8 weeks is expected. A new update will be made in 72 hours to clarify the diagnosis.”