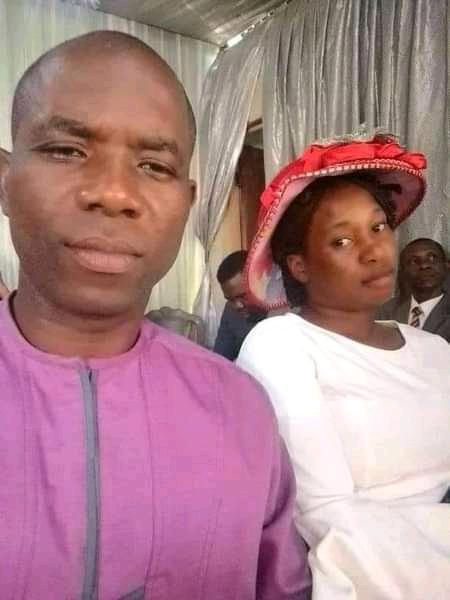 A pastor in Rivers has allegedly murdered his wife over school fees payment.

The clergyman known as pastor Chris Amadi of Shalom Mercy Ministry in Ikwerre, Rivers state had an argument with his wife, Solution, over sending pupils home for non payment of school fees in her school, PMNews reports.

The school was established before Solution married Amadi in 2012.

Solution’s elder brother Odinaka Opurum revealed that Amadi was said to have gone to his wife’s school known as Solution International school and had driven students home over non payment of school fees without consulting his wife to confirm the students that were owing.

The problem began when parents who had paid their children fees began calling the deceased to complain.

Mrs Amadi went home to confront her husband over his decision to take such an action which led to a fight.

Amadi allegedly strangled his wife and when he noticed that she was not breathing rushed her to a clinic near their home.

The clinic informed him that she was dead and advised him to take her body to UPTH for confirmation.

However Amadi did not follow the advice of the clinic, instead he took Solution home, covered her with a cloth and decided to run away.

Odinaka said: “The husband went to the school (Tuesday November, 9) and started driving pupils away for allegedly failing to pay school fees. When parents now called the wife to ask why she drove their kids away even after paying, she appealed they should not be angry that she will find out from her husband.

“When she got to the house, they started quarreling again and the husband started beating her. He then started to strangled her to the point when she collapsed and became unconscious.

“When he saw that she was no longer breathing, he rushed her to a clinic close to their house, the clinic confirmed her dead and referred him to UPTH to be sure. Instead of taking her to UPTH as they advised, he took her to the house, covered her with wrapper, packed some clothes in a bag, locked all the doors and attempted to run away.[SIC]”

Opurum also revealed that his brother in-law was a serial wife beater and his sister refused to leave him because she was a marriage counsellor in church.

Various sources in the neighborhood have confirmed the report but the Rivers State Police are yet to speak on the incident.