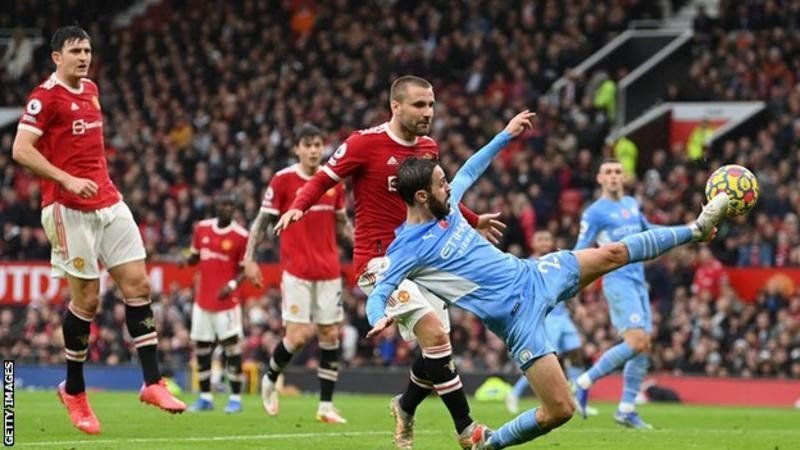 Eric Bailly’s first goal of the season gave City the lead after Joao Cancelo’s strike in the 18th minute.

Then Luke Shaw’s negligence allowed Bernardo Silva to score on the edge of the box just before half-time.

Had it not been for goalkeeper David de Gea’s saving skills, United would have been suffered a greater defeat.

The result left Guardiola’s side in second place at the top of the table as they narrowed the gap to Chelsea by just two points – before Chelsea played their own game.

United have lost for the fourth time in the Premier League and for the second time in a row they have been beaten at home by their arch-rivals.