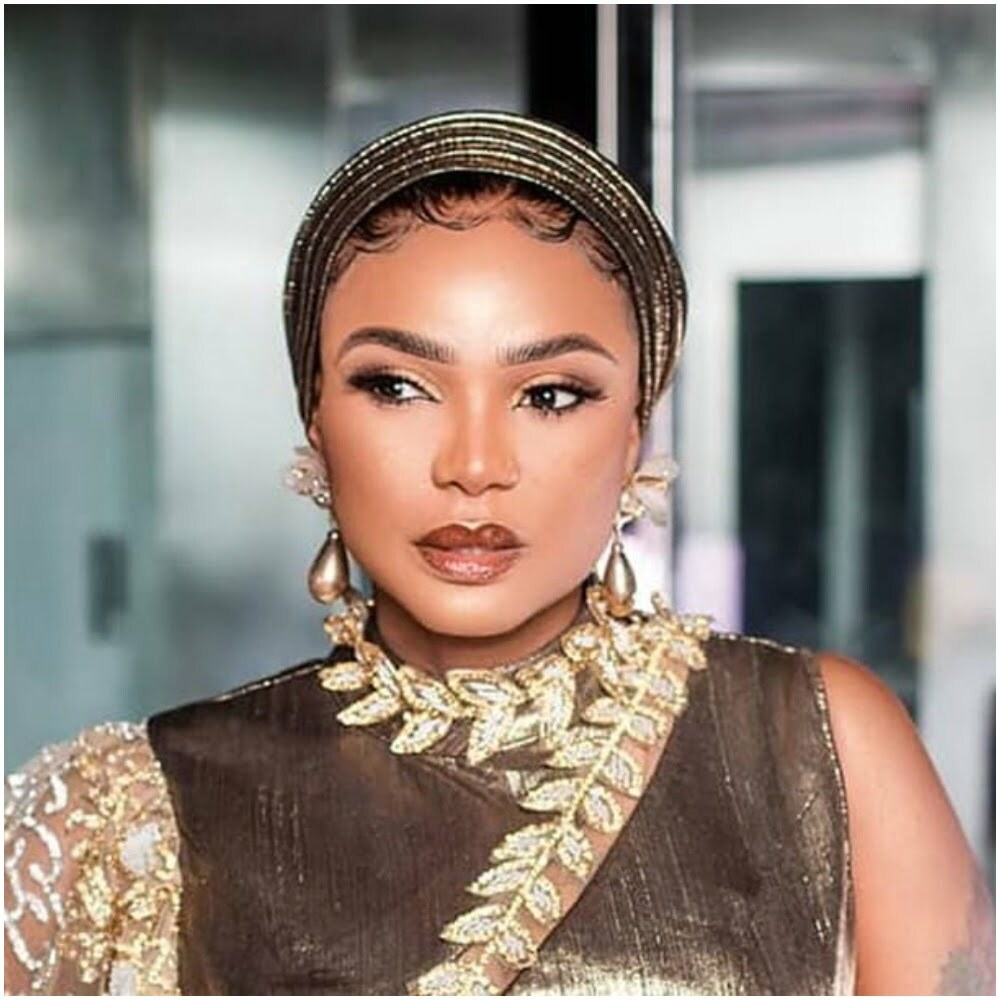 Tiktoker and Nollywood actress Iyabo Ojo has reacted to the cow gift a fan offered her for her mother’s burial remembrance party.

This comes after a friend offered to give her twenty-six cows for the party amidst the huge number of cows she received.

Iyabo Ojo in the post on his Instagram page urged her fans to monetize all gifts they wish to give her as she does not want cows again, adding that she doesn’t own a ranch to keep them.

According to her, the fans or anyone wishing to gift her a cow should convert all cow gifts to money. 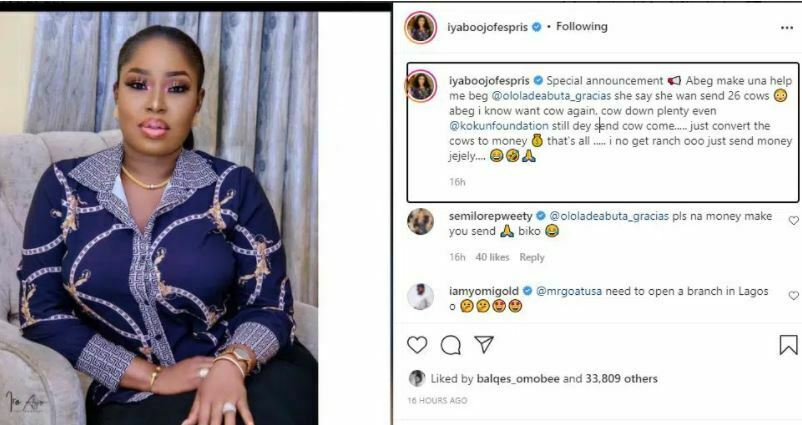 In other news, a video of gospel minister, Yinka Alaseyori, holding a prayer session with the owner of the 21-storey building, Femi Osibona which collapsed in the Ikoyi area of Lagos has surfaced on social media.

Naija News reports that a 21- storey building located along Gerald Road, under construction collapsed on Monday, leaving many persons dead in the incident and several others trapped.

In the video shared via the micro blogging platform, Twitter, captured moments the owner of the 21-storey building, Femi Osibona was pictured with Yinka Alaseyori and others holding a prayer session on the roof top of the building.