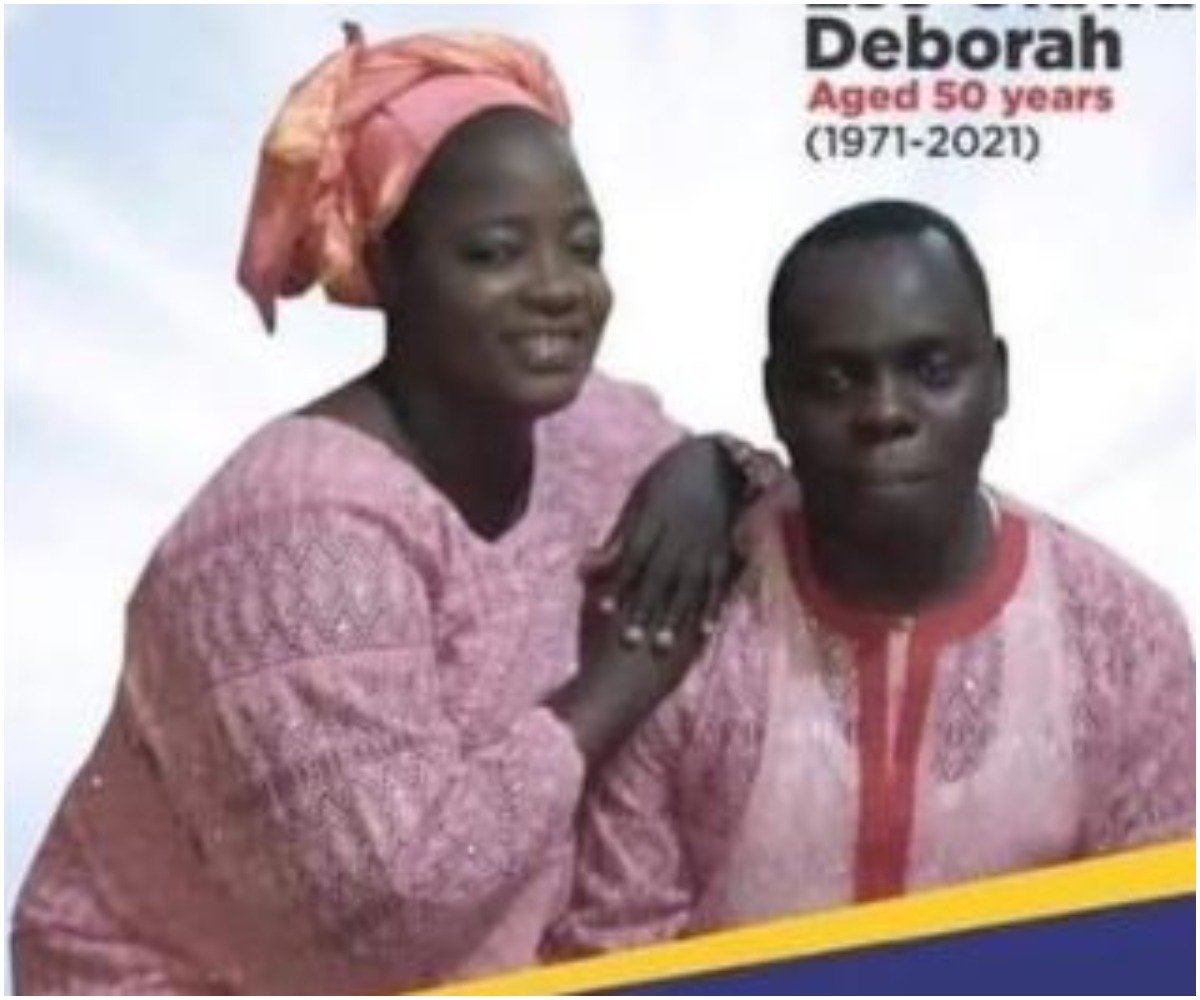 The family of a Nigerian pastor, Eso Micheal, 55, and wife, Deaconess Eso Oluwafisayo Deborah, 50, who were reportedly poisoned to death by their housemaid has released burial arrangements.

Naija News understands that the incident had occurred in Osun state after the late pastor and his wife took a poisoned meal prepared by their housemaid.

According to viral sources, the suspect has been apprehended. However, the funeral would be taking place on the 8th of October at their hometown in Imose Ireti Ayo, IIesa, Osun state. 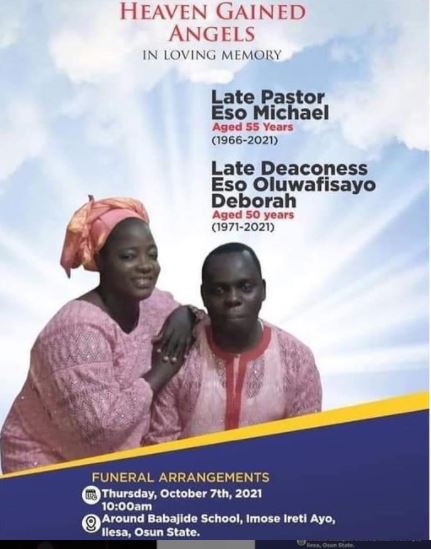 In other news; a man said to be a retired staff of the Nigerian Postal Service (NIPOST), has reportedly died during a sex romp with two job seekers.

Naija News understands that the man whose name is withheld was found dead in his residence at Udo Street in Uyo, Akwa Ibom state capital.

A resident who spoke with the Nigerian Tribune disclosed that the deceased had engaged in grumpy sex with the teenagers who he had promised to help secure a job at his former office in the state.

“The deceased died of apparent exhaustion arising from the marathon sex with two teenage girls whom he promised to inform of available job offers through the post office located with the Ibom Plaza arena in Uyo,” the source revealed.