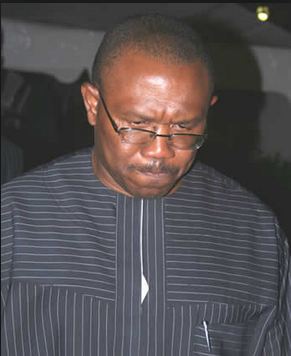 A former Vice Presidential Candidate of the Peoples Democratic Party (PDP) in the 2019 election, Peter Obi, has been accused of setting up companies with the use of fronts.

The former governor of Anambra State is said to have hidden this companies and information about them from the public and the Nigerian government.

This was published in a reports by Premium Times in collaboration with the International Consortium of Investigative Journalists (ICIJ) a nonprofit newsroom and network of journalists centered in Washington, D.C., tagged the Pandora Papers on Monday laid bare a global entanglement of political power and secretive offshore finances and dealings.

The investigation which involved 600 journalists and over 100 media organisations have already exposed the financial dealings in former UK Prime Minister, Tony Blair, Kenya President Uhuru Kenyatta, the image maker of Russian President Vladimir Putin and many others.

According to the Pandora Papers, Peter was indicted in a number of dealings which comprises money laundering and the establishment of companies with fronts in order to avoid detection by Nigerian authorities.

“Indeed, he has a number of secret business dealings and relationships that he has for years kept to his chest. These are businesses he clandestinely set up and operated overseas, including in notorious tax and secrecy havens in ways that breached Nigerian laws,” the Pandora Papers stated.

According to the papers, “The former governor admitted that he did not declare these companies and the funds and properties they hold in his asset declaration filings with the Code of Conduct Bureau, the Nigerian government agency that deals with the issues of corruption, conflict of interest, and abuse of office by public servants.

“He said he was unaware that the law expected him to declare assets or companies he jointly owns with his family members or anyone else.”

The Pandora Papers revealed how Peter Obi established a company — named after his daughter — as a front for his business activities.

He how changed the name of the company to PMGG.

“The politician developed an appetite to set up his first discreet company in the British Virgin Island. He named the company Gabriella Investments Limited, after his daughter.

“To set up what has now become a convoluted business structure, Mr Obi first approached Access International, a secrecy enabler in Monaco, France, to help him incorporate an offshore entity in one of the world’s most notorious tax havens noted for providing conduits for wealthy and privileged corrupt political elites to hide stolen cash to avoid the attention of tax authorities,” the paper explained.

“The offshore entity is the holding company for most of his assets and that the business structure he adapted was to enable him to avoid excessive taxation,” Peter Obi told Premium Times.

“I am sure you too will not like to pay inheritance tax if you can avoid it.“