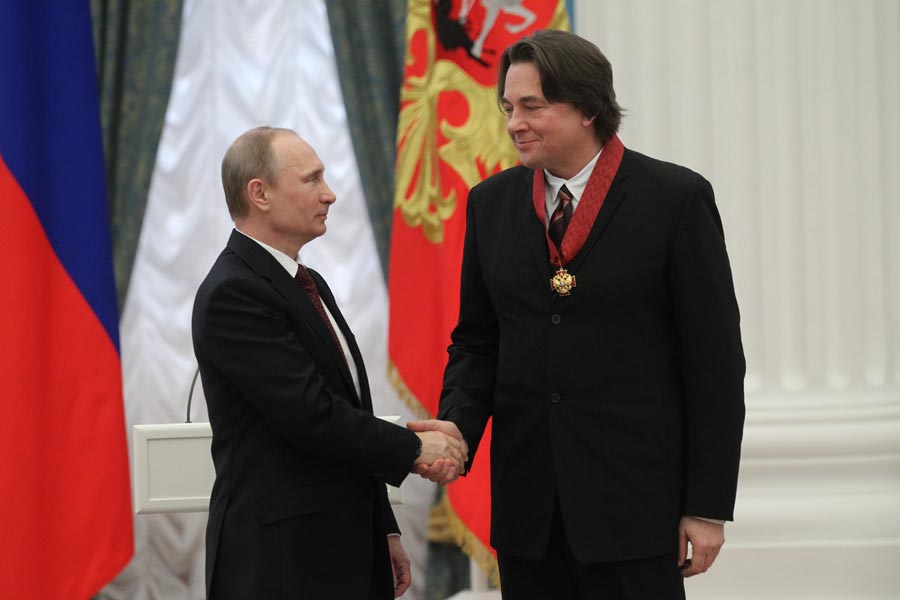 As the 2014 Sochi Winter Olympics approached, Konstantin Ernst, a Oscar-nominated movie producer and Vladmir Putin’s chief image maker, was faced with two challenges of a lifetime.

One is to produce opening and closing ceremonies spectacular enough to captivate the world – and to boost the reputation of Russia’s increasingly besieged president.

Ernst, then 53, had been boss of Russia’s leading TV network, Channel One, for as long as Putin had been president, and he had played a critical role in creating Putin’s image as the savior of the Russian state.

But a tide of bad news had eroded Putin’s domestic support: pro-European protests in Kyiv were on the verge of toppling his ally in Ukraine; a decade of oil-fueled growth had given way to economic stagnation; and a protest movement, led by dissident Alexei Navalny, was gathering force on the streets of Moscow.

In a dazzling parade of floating mountains, lakes and onion domes, heroes of the avant-garde, and more than 3,000 performers, Ernst’s Olympic spectacle recast Russia’s troubled reality into the Russia of Ernst’s imagination: powerful, creative, forward-looking, triumphant. The world cheered.

Ernst would later say that the production was a labor of love and that his pay for this achievement was just one ruble.

“It would be silly to assume that professing your love should have a price tag,” he said.

But the International Consortium of Investigative Journalists (ICIJ) found out that that may not be true.

According to ICIJ, on the day of the Opening Ceremony, a company was incorporated in the British Virgin Islands that would pave the way for Ernst’s secret 23% stake in a state-funded privatization deal worth a billion dollars.

Files leaked to ICIJ, shared with 600 journalist and 150 media partners, show that nine months after the Olympic torch was extinguished, Ernst became a secret partner in a deal to buy 39 aging but valuable Soviet-era cinemas and surrounding property from the city of Moscow. The deal was financed by VTB Bank, a state owned institution that has been referred to as Putin’s “piggy bank”.

The properties were sold at the minimum price set by a Moscow government-run auction. A legal challenge alleged that the auction was designed to effectively exclude all but the partnership in which Ernst, behind layers of shell companies, held a stake.

The leaked files also show that Ernst was the beneficiary of a $16.2 million loan – from a Cyprus bank partly owned by VTB – used to fund his stake in the deal. The files show the bank explicitly instructed offshore lawyers to keep documents detailing Ernst’s connection to the loan out of government records in the British Virgin Islands, where the shell companies concealing the deal were incorporated.

Further, the files document how Ernst was joined in the partnership by a Russian media figure who is linked to some of Putin’s closest and most powerful allies, including Ernst’s bosses at Channel One.

In an email to the ICIJ, Ernst said he had never made a secret of his involvement in the real estate project and denied any suggestion that his involvement in the project was compensation for his work on the Olympic ceremonies. He refused to answer ICIJ’s questions on the basis that ICIJ was “not an independent investigation company but an organisation commissioned by the US secret services.”

The findings are part of the Pandora Papers, a trove of more than 11.9 million files from 14 offshore law firms and service providers. The documents pull back the curtain on a financial system that allows the global 0.1% to stash their wealth away from tax inspectors, regulators and the public. ICIJ obtained the documents and shared them with journalists from 117 countries.

The documents revealing Ernst’s secret deal come from Trident Trust, one of the world’s largest offshore service providers, with offices in the British Virgin Islands (BVI), Mauritius, Singapore and other secrecy jurisdictions, including the U.S. state of South Dakota.