The face of the ISWAP (Islamic State West Africa Province) operational commander who is responsible for the death of civilians and soldiers alike has been exposed. 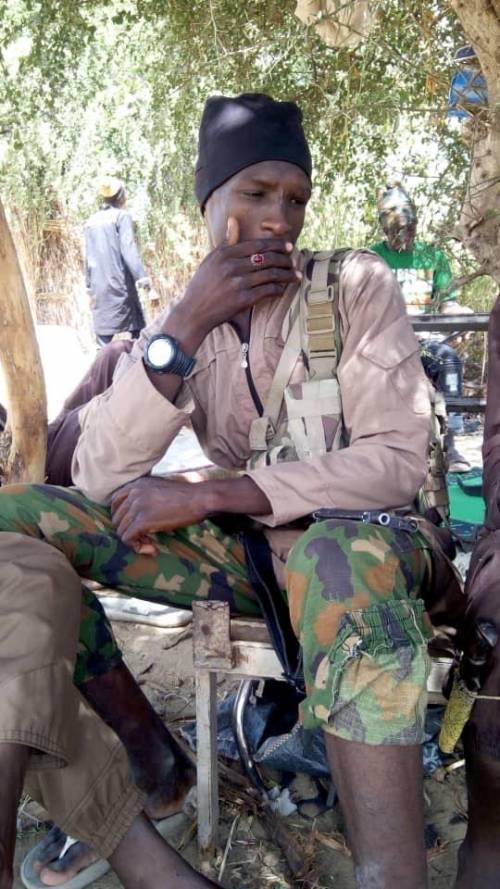 Abubakar Dan-Buduma was made the operational commander, Timbuktu Triangle by the group’s Interim Council during an emergency meeting in July 2021, according to Sahara Reporters.

The meeting was attended by Wali (leaders) Qa’ids and other commanders of both ISWAP and Boko Haram.

The publication also reports that Dan Buduma recently got arrested by the military in Sambisa forest, Borno state.

In 2016 the ISWAP faction was created from Boko Haram. The terrorist group has become notorious for its high-profile attack against aid workers and the military alike.

The death of Abubakar Shekau led to the establishment of an interim committee with Abbah Gana aka Ba-Lawan as the head. The Committee is responsible for leading ISIS in some parts of Nigeria, Chad, Niger, and Cameroon

The insurgency has caused over 50,000 deaths in some states especially in Adamawa, Yobe, and Borno.

The federal government has also said that the Boko Haram insurgency is being put on a leash by the Nigerian army and some of the terrorists are presently laying down their weapons.