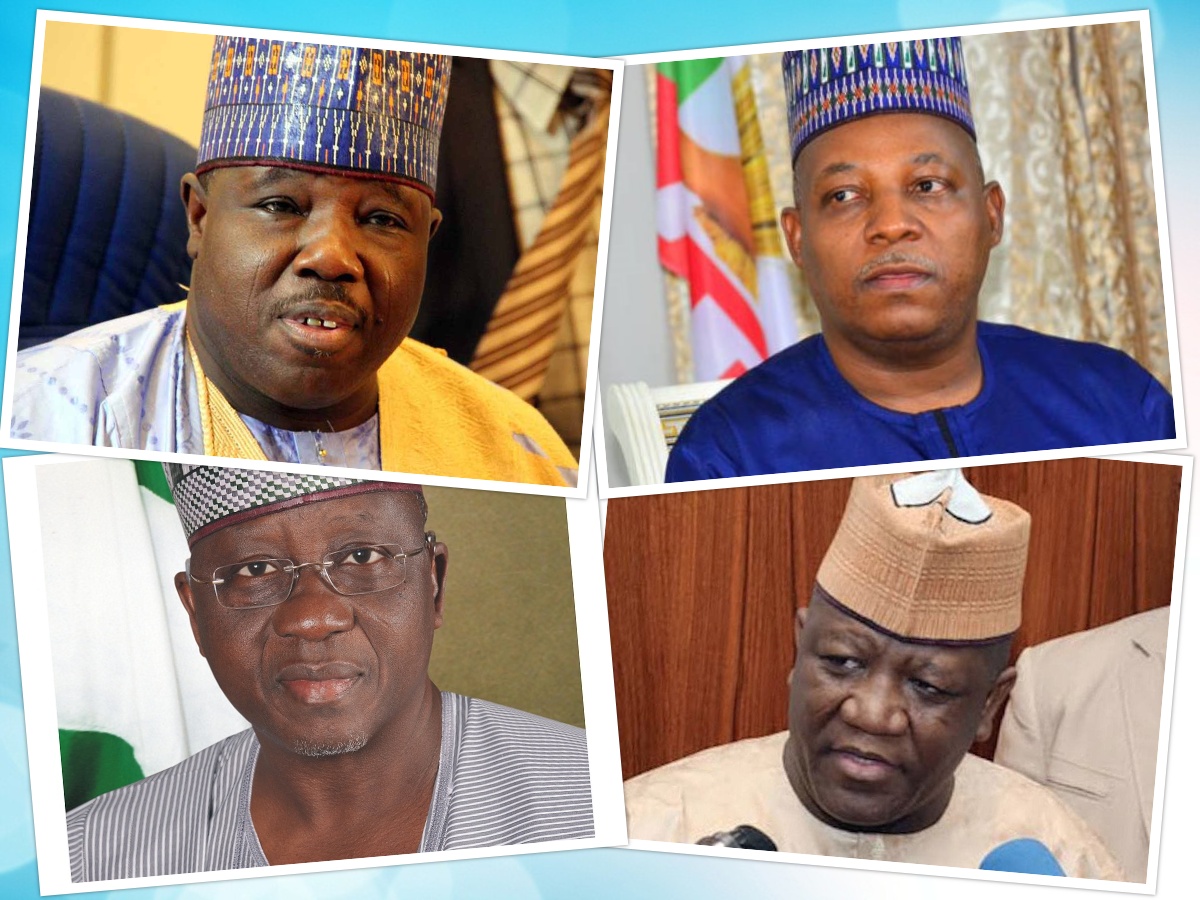 All stage is set and cleared, aspirants now with their legs crossed to succeed Governor Mai Mala Buni as the substantive chairman of the All Progressive Congress.

No fewer than eleven (11) party chieftains have declared their interest in the race, Naija News understands.

There has never been such and anxiety in the ruling party since it took over the leadership of the nation. APC has witnessed quite some turbulence over the choice of its party leadership.

Buni who is now saddled with the responsibility of running the party’s affairs, came to power following the crisis that rocked the party in 2020; a development that forced out former Governor of Edo State,  Comrade Adams Oshiomole as the Chairman of APC.

Naija News understands APC was recently puzzled over the zoning of the party positions and elective offices. This is as the ruling party seeks to rotate power between the North and the South.

Again, the silence from the CECPC on the modalities for the party’s national convention has been fueling tension. However, with what is playing out, indications are that the party has tacitly conceded to the idea of power shift.,

While APC is yet to announce a date for its national convention, no fewer than 11 chieftains are showing interest in the race, Naija News understands.

Below is the list of party chieftains jostling for the ruling party chairmanship seat:

2. Ali Modu Sheriff – Former Borno State Governor. Sheriff is a founding member of the APC, he is also a leader of the defunct All Nigerian Peoples Party (ANPP).

4. Kashim Shettima – Senator Shettima is also a former Governor of Borno State. Though the politician is yet to make public his intention, observers are of the view that major party stakeholders may prefer him for the chairmanship position.

5. Tanko Al-Makura – Makura is also a former Nasarawa State Governor. The 69-year-old businessman-turned-politician is also keen on becoming the next APC NWC chairman.

6. Danjuma Goje: The Senator who joined APC from the platform of the Peoples Democratic Party. Goje is a former Gombe State governor and his political influence in the state was instrumental to APC takeover of the state in 2019, Naija News reports.

He is currently in his third term as senator representing Gombe Central and Chairman Senate Committee on Appropriation.

7. Sunny Moniedafe – The former Federal Capital Territory (FCT) chairman of the defunct Action Congress of Nigeria (ACN) has also declared interest in running for the seat.

Recall that Moniedafe was the first to declare his intention to succeed Oshiomhole as early as the beginning of the year.

8. Abdullahi Adamu – The politician who is the first secretary-general of the defunct National Party of Nigeria (NPN) in Plateau State is also concerned with the APC-NWC chairmanship.

Adamu is a former Nasarawa State Governor. He is also a third term senator and veteran politician who entered the political scene in 1977 as an elected member of the Constituent Assembly that drafted the constitution of the short-lived Second Republic.

9. Saliu Mustapha – He is an astute grassroots politician from Kwara State.

Mustapha is a young-businessman-turned politician and is as good as any of the aspirants in the list considering that he has paid his dues in political party administration.

10. Sani Mohammed Musa – 54-year old member of the upper chamber of the National Assembly represents Niger East Senatorial district in 2007, contested for the PDP governorship ticket in the state and lost.

The young politician who is fondly called “Sani 313” by his political admirers, believes he has what it takes to take on the chairmanship of the APC.

11. George Akume – The last but not the least on this list is a two-term governor of Benue State. Senator Akume is the Minister of Special Duties and Inter-Governmental Affairs. He is perceived as the most eligible aspirant to occupy the position of APC national chairman.

Speaking confidently with the press recently, one of Akume’s supporters, Scheme Adams said: “Arrangements have been concluded for our candidate to formally declare his intention in Makrudi, the Benue State capital. Our leader has all it takes to lead the party.

“Having successfully governed a state for eight years, he was a senator, where he was elected as Minority Leader because of the traits his colleagues saw in him and now a minister of the Federal Republic of Nigeria. This is the type of leader we need to bring his experience to bear in piloting the affairs of the party.”