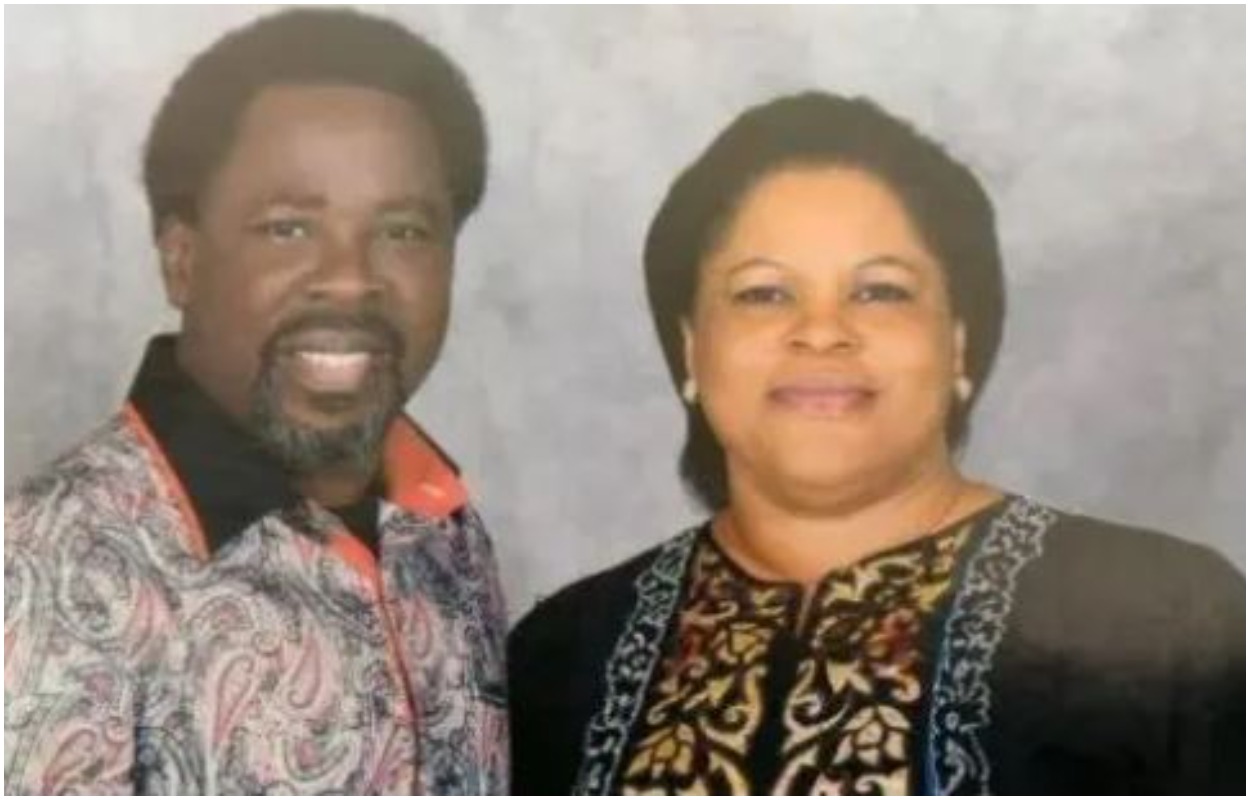 The leadership of the Synagogue Church of All Nations (SCOAN) has affirmed Mrs Evelyn Joshua as the leader of the church.

The members and partners of SCOAN in Ondo, Ekiti and Osun States gave the affirmation in a statement signed by Francis Bamidele, Gbenga Osadare, Lanre Cole and nine others on Thursday.

But the members and partners berated the group for rejecting the appointment of the widow of the founder of the church, describing the group as faceless and unpopular.

They alleged that some people in the church who were found to gave embezzled the church’s funds, had been sponsoring the group to cause trouble and disaffection in the church.

The members and partners, however, reiterated their support for TB Joshua’s widow, urging the general public to disregard the faceless group.

The statement read in part, “We members and Partners of Synagogue Church of All Nations and Emmanuel TV in Akure, Ondo State, hereby, disclaim and dissociate ourselves in its entirety from the news making rounds on the internet as well as in other media outlets about the acclaimed group in Akure called the Global Congress of SCOAN Members and their purported statement, that Mrs Evelyn Joshua is not a pastor or part of the founding members of the church and rejected her emergence as the leader of the church.

“The acclaimed global congress group and its so-called members are not known to us in Akure, none of us, genuine members and partners, has ever come across this acclaim group called Global Congress and its members in several church programmes and activities conducted in Akure or in Lagos church auditorium in the last 20years.

“The global congress group, the president’s and the secretary’s names mentioned in the statement are out rightly fictitious, fake and non existence.”

“However, investigations conducted revealed that the acclaimed global congress group is not unconnected to the cabal disciples of Prophet TB Joshua who upon the passing on to glory by Prophet TB Joshua in June 5th, 2021, connived and diverted several billions of the church funds into their personal accounts and looted the treasury of the church with impunity. Prophetess Evelyn Joshua stood up to the task against this looting spree.

“Now, because it was no longer business like before, the cabals became bitterly aggrieved and resulted in a battle line drawn and now using every propaganda weapon to fight the new leader of SCOAN. It will interest you to know that the EFCC is already investigating these financial misappropriations of these former disciples.”