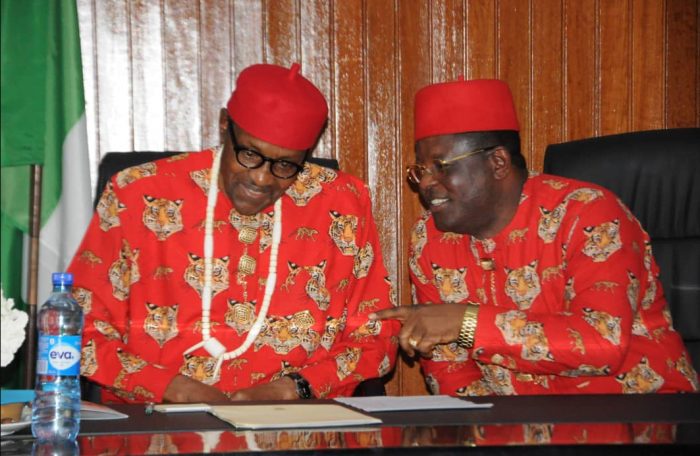 Governor David Umahi of Ebonyi State has insisted that he owes no one an apology for saying President Muhammadu Buhari is a man with a good heart and a father to him.

Umahi, chairman of the Southeast governors forum, stated that despite the backlash he does not regret his comments.

“When one person has a good heart and the rest of us do not and are not patriotic, no development can take place,” he said.

“You can see that my executive council members melted their hearts into mine, which made us have good hearts and achieve a lot.”

Meanwhile, Umahi during has backed former Borno State Governor, Ali Modu Sheriff, for the national chairman of the All Progressives Congress, APC.

The Ebonyi State governor urged other aspirants to drop their ambition and back Ali Modu Sheriff for the party chairmanship.

According to him, the former Borno Governor is very accessible and humble to the core.

“He is the only one that can take the decision but if it is thrown open to make our choice, he is my choice. If Mr President says, well for the interest of the party, we will always obey him.