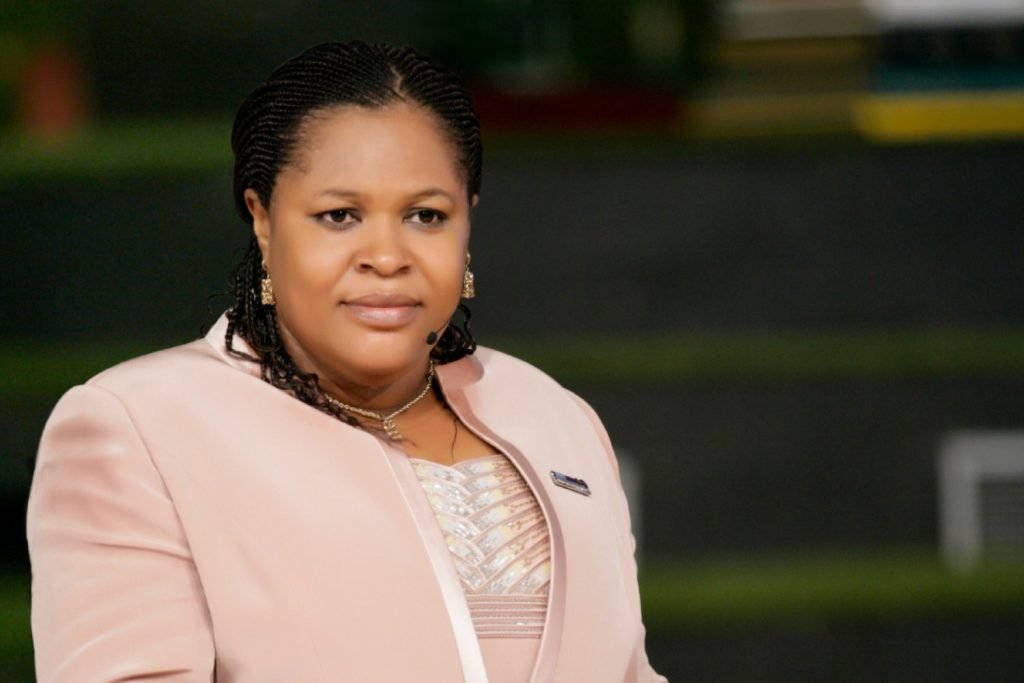 The new leader of the Synagogue Church of All Nations, Evelyn Joshua has been described as “a Jezebel” by Bishop Ufuoma Bernard of The God Church.

Bernard stated this while reacting to the emergence of the wife of late Prophet TB Joshua as the leader of the church.

The cleric in a post on Facebook accused SCOAN leader of “muscling” her way to take over the church leadership.

Bishop Bernard added that the church is not a family business.

He wrote, “Evelyn Joshua is a Jezebel.

“When Nkechi Iluputaife took over from the murdered husband, the biggest church in Lagos, Victory Christian Church, at the time collapsed.

“When Margaret Idahosa used way to take over Church of God Mission after Benson Idahosa suffered a cardiac arrest the church dwindled in profile. Now Evelyn Joshua has muscled her way into the topmost position of Synagogue and certainly, Synagogue is going down. The church is not family business.”

SCOAN has been going through leadership issues following the death of Prophet TB Joshua. 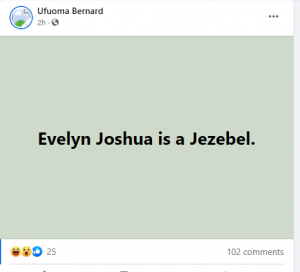 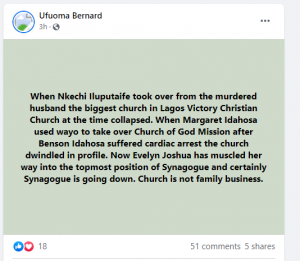