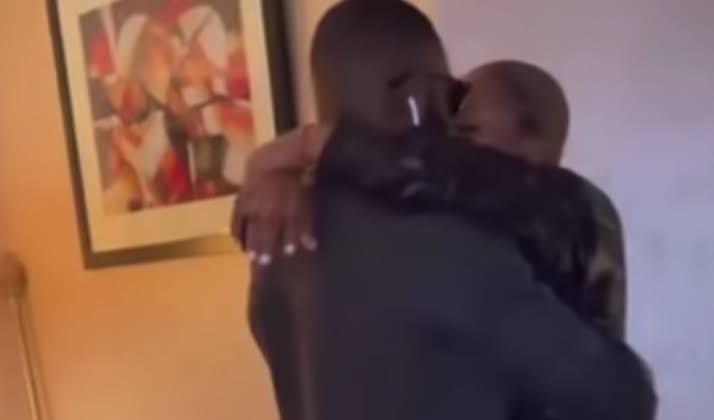 Former housemate in the Big Brother Naija, ‘Shine Ya Eye’ edition, Tega has finally reunited with her husband.

In the past few days, there had been controversies surrounding her marriage following Tega’s intimacy with Boma while in the reality show.

The reality star was in the news last week after she was spotted in a viral video kissing Boma while in a controversial position on the bed.

Boma in another video was spotted kissing the married reality star while other housemates watched and there after spanked her.

However, the development did not go down well with viewers of the reality show who took to social media platforms to express their displeasure.

Tega, on Tuesday in a video apologized to her fans, while in tears adding that she isn’t mentally okay.

A few hours after her apology, Tega and her husband have been spotted in a video hugging each other in tears after he paid her a surprise visit at the hotel where she’s staying.

Tega and her husband also kissed after family and friends urged them to do so.

In a related development, Boma has apologised to Tega’s husband and family members over intimacy with her while in the house.