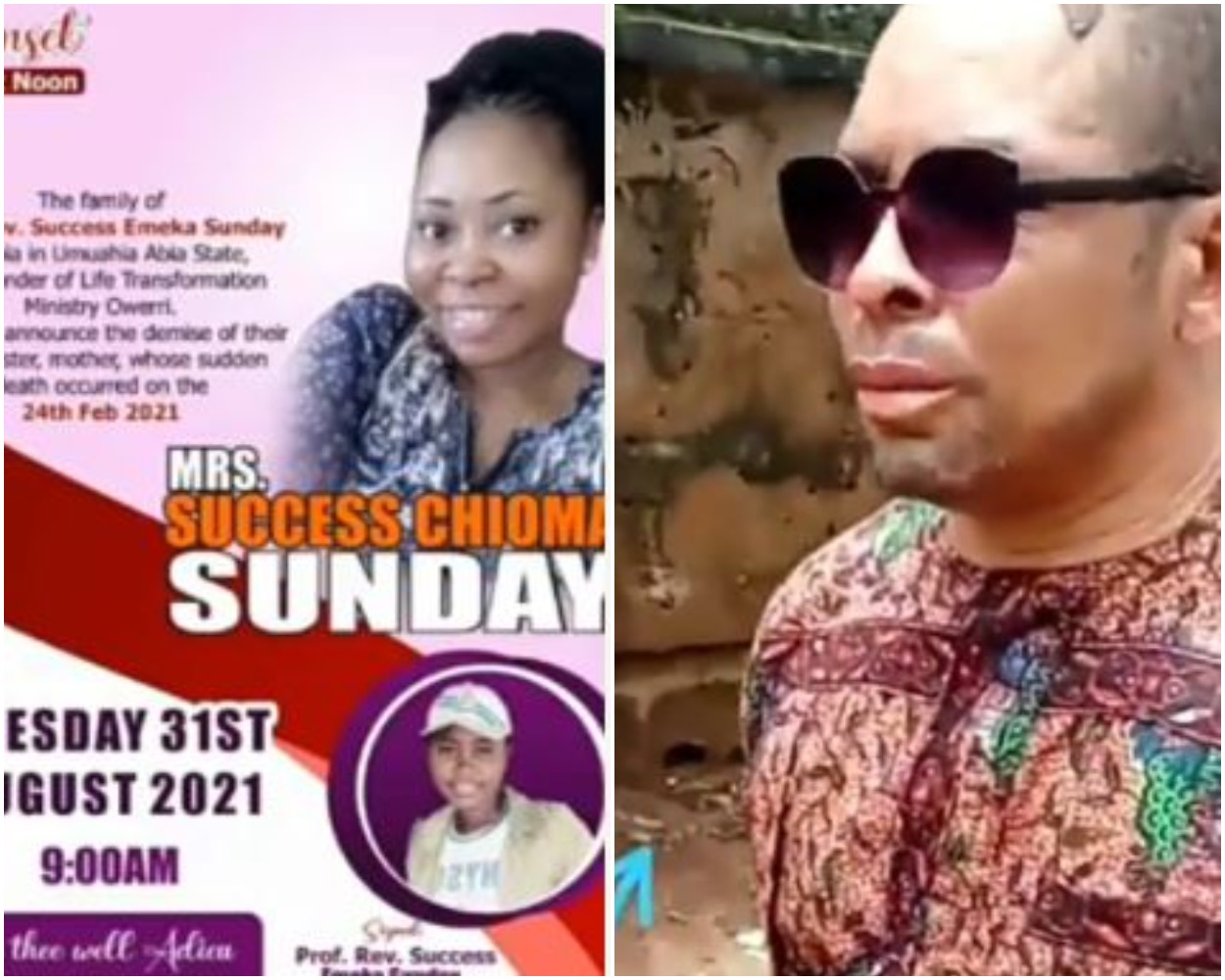 Founder of Life Transformation Praying Ministry, in Akwakuma, Owerri, Rev Dr Sucess Emeka has been disgraced and forced to marry the corpse of his fiancée for aborting her pregnancy, which later resulted in her death to save his reputation.

According to reports, pastor Emeka started dating Chioma Okoye 5 years ago and they got engaged in 2020 and started planning their wedding.

However, Chioma, 32, became pregnant while wedding plans were underway but the pastor rejected the pregnancy, claiming it would damage his reputation.

The family of the deceased alleged that the Pastor drugged Chioma’s drink and took her to the hospital asking the doctor to terminate the pregnancy. The doctor is said to have refused but the pastor allegedly insisted.

Unfortunately, Chioma reportedly started vomiting blood during the procedure and reportedly died before her family could intervene.

Wilfred Okoye, in the family statement, said, the autopsy showed the pastor tried to perform the abortion while she was unconscious before taking her to the hospital after his technique failed.

Despite her death, Chioma’s family made the pastor marry her corpse before her funeral.

She was buried on Tuesday, August 31 in Umuahia, Abia.