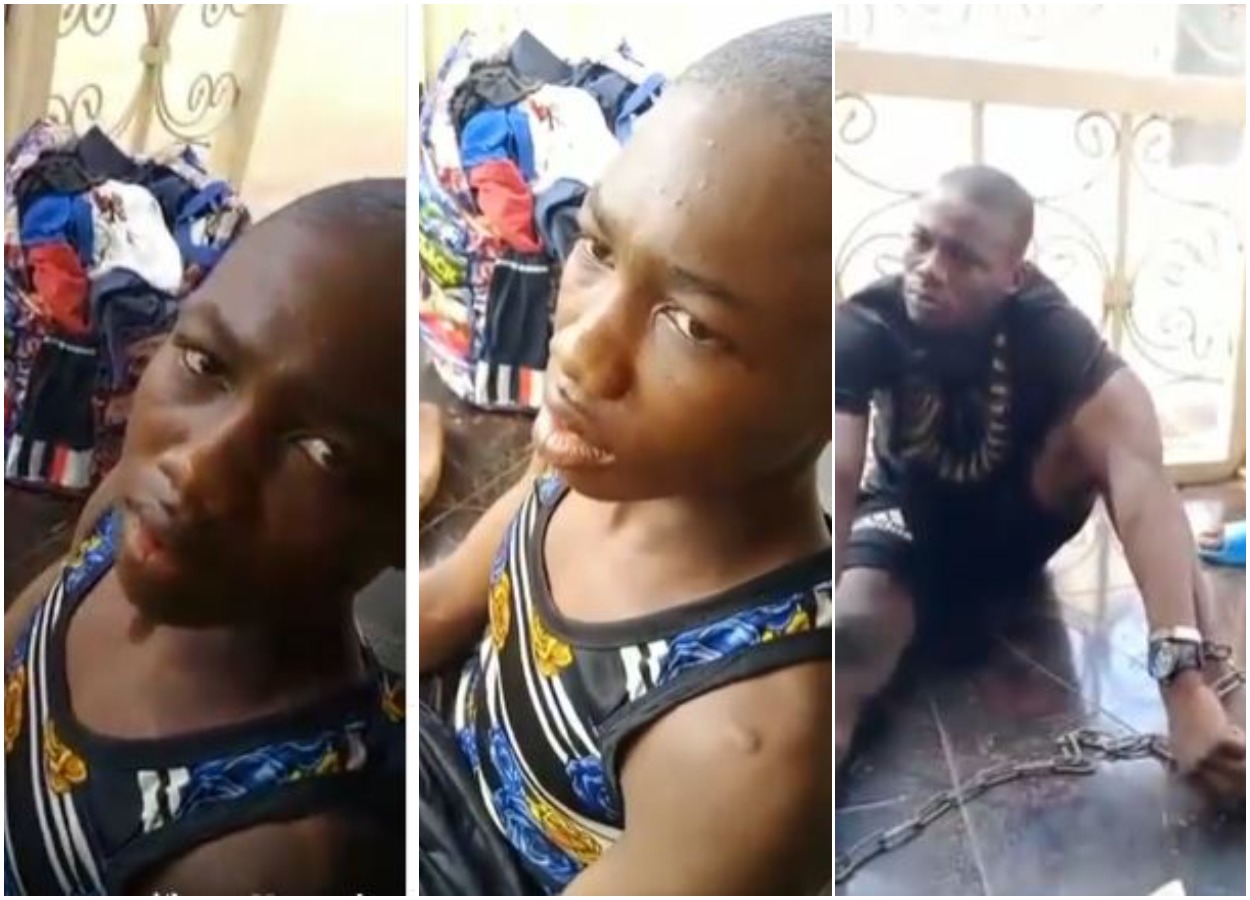 A houseboy identified as Ifeanyi who connived with his elder brother, Uzuebe to poison his boss’s wife to death in Anambra

Speaking in Igbo, Ifeanyi confessed to stealing his boss’s money and giving them to his elder brother, Uzuebe.

According to the houseboy in the video shared on social media, his elder brother gave him a bottle of sniper to put inside his boss’s wife’s food after she discovered he was stealing his oga’s money.

It is not clear what led the boss to suspect the houseboy had put something in her food but went ahead to confront the boy which he admitted to committing the crime.

His elder brother who had given him the sniper to poison his madam’s pot of stew can be seen in chains, asking for forgiveness.

The boss asked how he felt when he came home to still see them alive after poisoning the food and Ifeanyi replied, ‘he was surprised’

Watch the shocking video below;