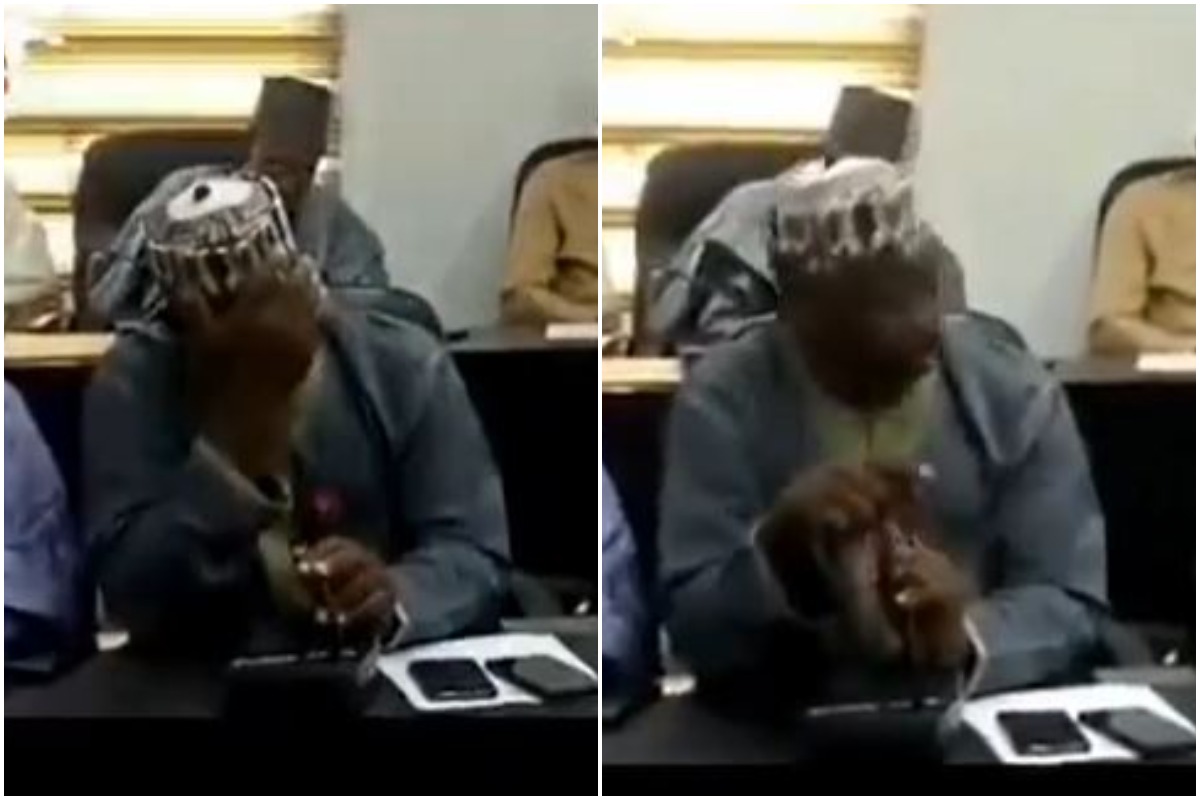 The video of two Katsina house of assembly members crying uncontrollably at the plenary meeting over worsening insecurity in the state has stirred reactions on social media.

According to the video shared by Katsinacitynews, two lawmakers, Haruna Goma and Abubakar Mohammed on Monday, burst into tears at a plenary deliberating over the recent attacks on many Local Government Areas across the state.

The video that went viral after it was shared saw unimpressed Nigerians mock the lawmakers over such display of emotions. Others, had encouraged the lawmakers to get to work and quit crying as the tears wouldn’t fix the insecurity afflicting the state.

Reacting to the video, one Instagram user wrote; ‘Same people that will go and queue up at the airport to welcome Buhari to katsina instead of stoning him..na drama he de act, they’re not serious yet’

Another one wrote; ‘Fake tears. Oga go and sleep. Where hv u been for the past 6yrs. Re u jst realizing the mayhem? Oh ok bcoz its time 4 election, u start to perform love. U must be sick in the head’

One other wrote; Their weeping hasn’t started at all. They will face what they have made this country become already. 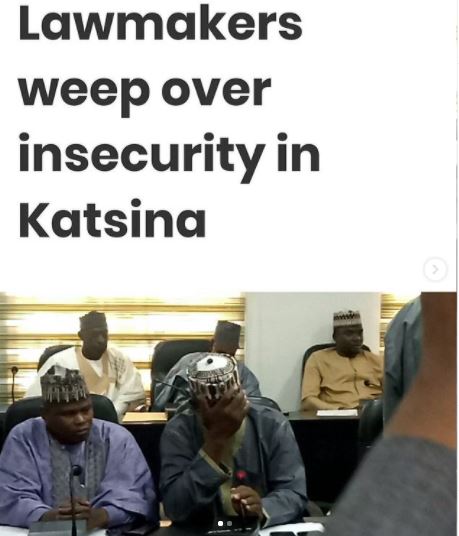 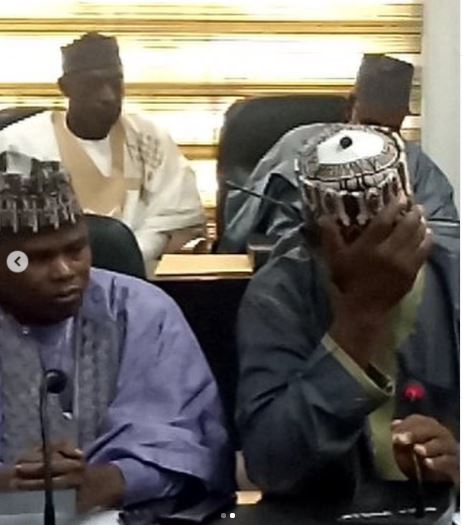