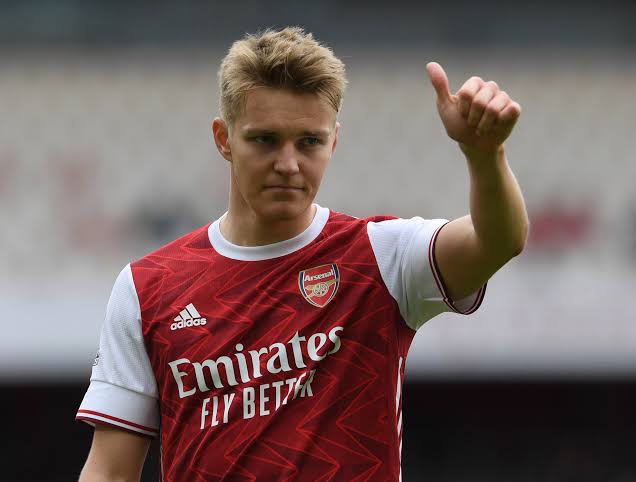 He has been assigned the number 8 jersey at the North London club.

Naija News understands that the Norwegian professional footballer had made an outstanding performance last season during his loan spell with the Gunners.

The 22-year-old midfielder made 20 appearances with Mikel Arteta’s side since he joined the club on loan. Odegaard scored two goals and provided two assists, but could not prevent Arsenal from failing to qualify for European football for the first time in 25 years.

On Odeegard’s signing, Arsenal is said to have spent an initial £30 million ($41 million) with the club also expected to splash £30 million on England goalkeeper Aaron Ramsdale from Sheffield United in the coming days.

Speaking on Friday about the former Madrid player’s, Arteta said; “He made us better (last season), we needed more options and alternatives for creativity,”

“He is still a young man but he has huge experiences in clubs already and has unique talents for the way we want to play, so I am pleased the club have made the effort.”

Reports, however, claimed that Odegaard will not be registered in time to face European champions Chelsea but should be available in time for the dunting trip to Premier League winners Manchester City to come next weekend.