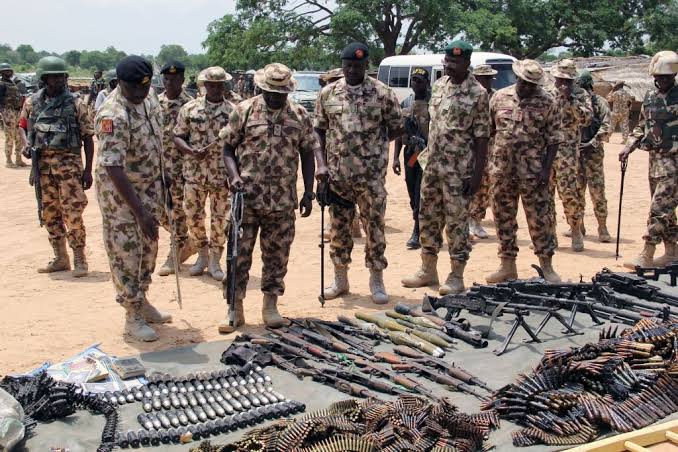 Special Assistant to President Muhammadu Buhari on Digital/New Media, Tolu Ogunlesi, has said there is confusion and apprehension within the camps of the Islamic State of West Africa Province terrorists.

He said this is because of the increased pressure being brought to bear on them by the military.

Ogunlesi, who is also the leader of the All Progressives Congress Legacy Awareness and Campaign, disclosed this in a statement on Thursday, in Abuja.

He cited the recent surrender to the military of more than a thousand insurgents and their families, including two notorious Boko Haram bomb experts as proof of victory over the insurgents.

According to him, the military onslaught on Boko Haram members have equally depleted their strength, which drastically dwindled their overall fighting efficiency of the insurgents.

Ogunlesi said the increased pressure on the insurgents was responsible for the worsening infighting and factionalisation that recently resulted in the death of Abubakar Shekau, leader of the Boko Haram sect, adding that the development was also responsible for the wave of surrenders being recorded in the region.

The statement reads in part, “Several bandits’ camps and hideouts have been bombed and destroyed in the North-West, North-East and North Central.

“Recent military operations have killed more than 150 insurgents, bandits and militants across the country; large caches of weaponry and ammunition have also been seized.

“The tide has definitely turned against Boko Haram and ISWAP in the North-East, and is turning against bandits and criminals in the North-West,’’ Ogunlesi said.

He, therefore, said that there was much to be optimistic about as the security agencies have intensified efforts to secure every inch of the country.