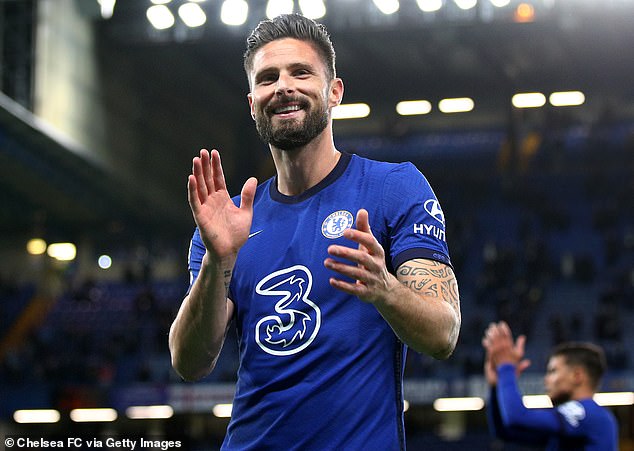 French professional footballer who plays as a forward for Premier League club Chelsea, Olivier Jonathan Giroud has agreed on a move to Seria A club, AC Milan.

AC Milan technical director, Paulo Maldini, confirmed this during an interview on Thursday, July 15. He noted that the 34-year-old will now fly to Milan to undergo a medical.

Chelsea is said to have agreed on a €2million deal for the French footballer in the last week. Giroud who joined the Blues in 2018 is often considered one of the most underrated strikers in the world, Naija News understands.

Speaking about Giroud’s arrival when asked if the deal is true; Maldini said: “Yes, [Giroud] should arrive tomorrow.

“Olivier is a champion and a fresh winner of the Champions League.

“He is a very reliable player, what we were looking for since we need experienced players like him. We are the youngest team in Serie A,” Maldini told DAZN.

Giroud will sign a two-year deal, with an option for a third and earn €3m-a-year, after-tax, plus bonuses.

Meanwhile, Argentine professional footballer, Lionel Messi has agreed to slash his salary at Barcelona by half.
This is as the Catalan captain renewed his contract at Barcelona by five more years, Naija News reports.