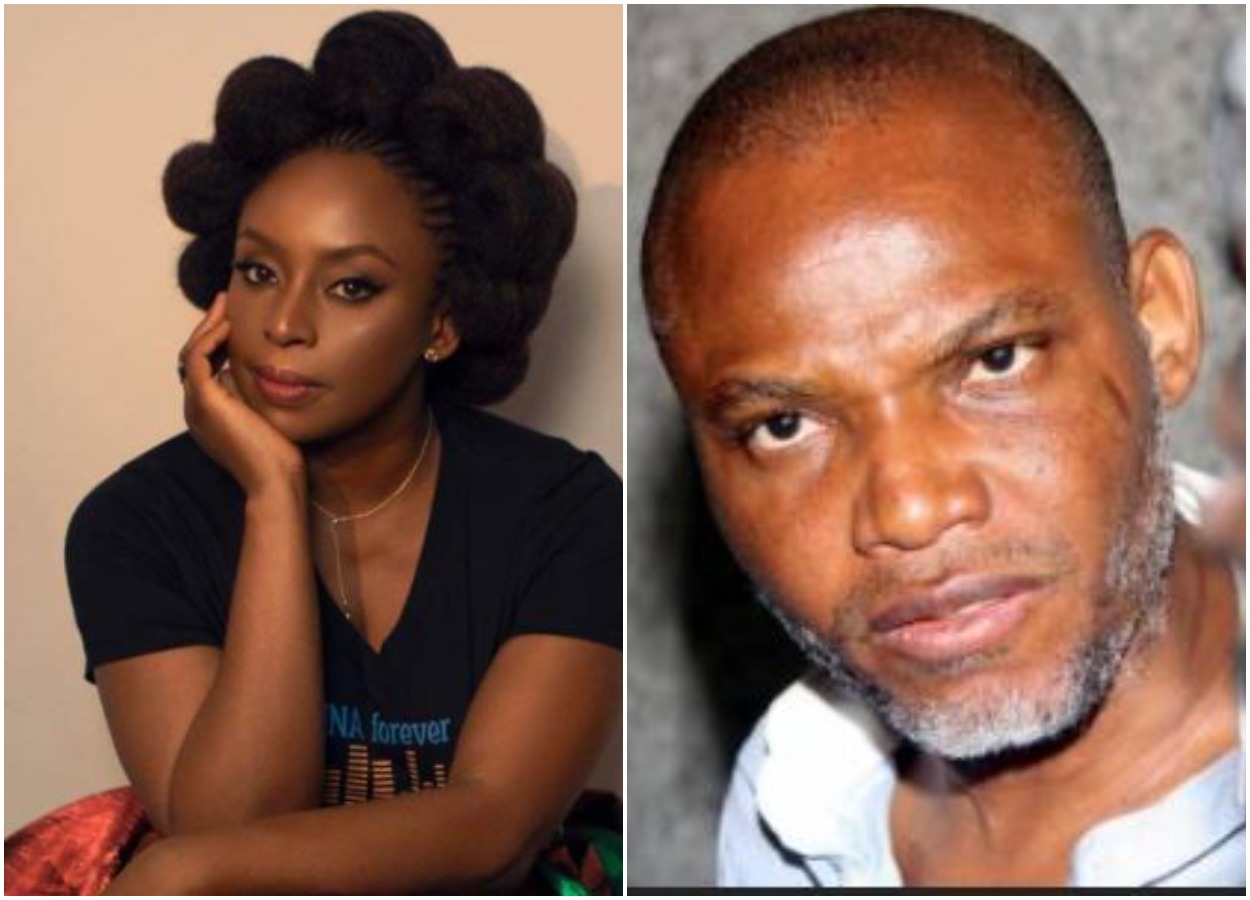 Award-winning writer, feminist and public intellectual, Chimamanda Ngozi Adichie has publicly disassociated from the ‘publication on the man Nnamdi Kanu’ which was false attributed to her by some unscrupulous people.

The management of the Anambra- born novelist made this known via her Facebook account, where they clarified that the article on defending ‘Nnamdi Kanu’ was written and publicized by one Gloria Ogo and not Chimamanda Ngozi.

‘Notice to The General Public

It has come to our attention that an article “Reflections on the man Nnamdi Kanu” is being falsely attributed to Chimamanda Ngozi Adichie.

Kindly note that this article was not written by Chimamanda Ngozi Adichie. It was written by Gloria Ogo and was then maliciously attributed to Adichie by some unscrupulous people.

For any questions/clarifications please see the contact details on www.chimamanda.com