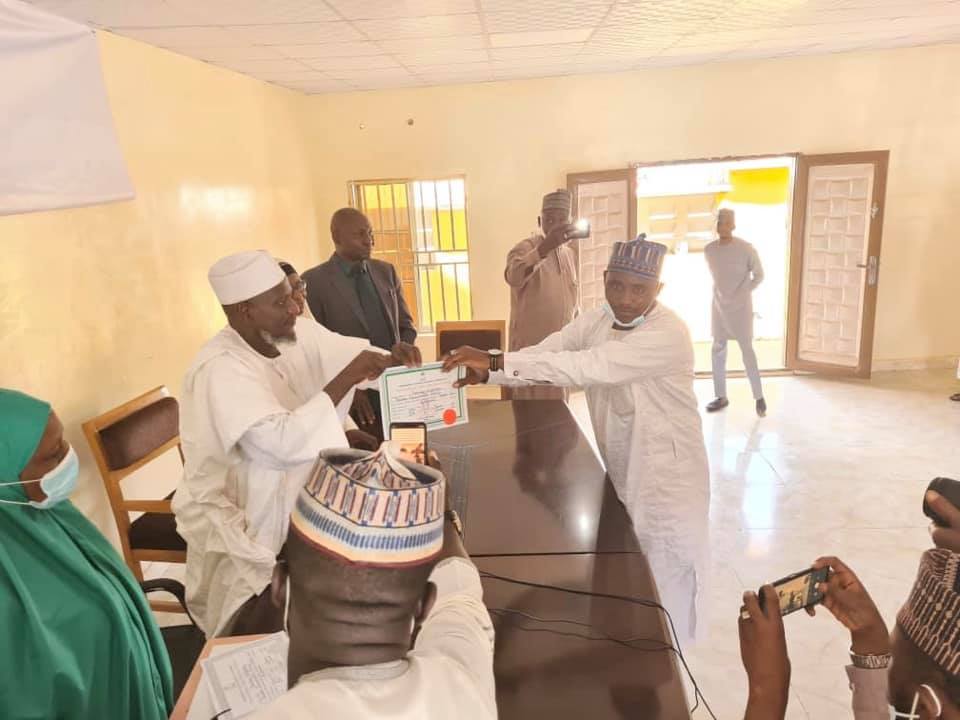 The winner of the Sabon Gari State Constituency bye-election held in Kaduna State on Saturday 19th June 2021, Usman Baba has received his certificate of return from the Independent National Electoral Commission (INEC).

Naija News reports the certificate was presented to him on Wednesday 23rd June 2021 at the Kaduna State office of INEC.

The certificate was presented by the INEC Administrative Secretary, Mohammed Auwal Mashi.

It will be recalled that Usman Baba who contested on the platform of the Peoples Democratic Party (PDP) was declared the winner of Saturday’s by-election after defeating all other candidates.

Announcing the election result in Zaria, the returning officer, Dr. Mohammed Musa, disclosed that the PDP candidate polled a total of 9,113 votes to defeat his closest rival, Musa Musa of the All Progressive Congress (APC) who polled 7,404 votes to come second.

Other candidates who participated in the election include Anas Abdullahi of the ADC who 62 votes; Chindo Ibrahim of ADP, 61 votes while Musa Halilu of PRP secured 305 votes.

The Sabon Gari constituency seat, initially occupied by the former Speaker of the Kaduna state House of Assembly, was declared vacant in April after the lawmakers found him wanting of absconding from all legislative activities for more than one year without any reason.

In declaring the seat vacant, the Assembly members based their action on Section 109(1)(f) and (2) of the 1999 Constitution as amended.