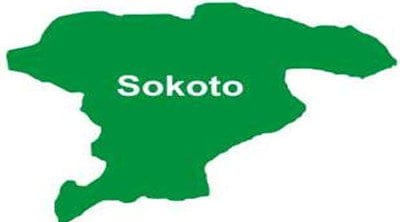 The Sokoto State Commissioner for Finance, Abdussamad Dasuki, said he was not interested in contesting for the state gubernatorial position in 2023.

Dasuki stated this on Monday on a radio station, where he spoke on the achievements of the state governor, Aminu Tambuwal, as part of activities marking Democracy Day.

The commissioner, while responding to the question on whether he would contest in the state gubernatorial election in 2023, stated that he should be counted out of the race.

He said, “I am not in the race. Please count me out of the 2023 governorship contest. I am privileged to be given an important assignment as a commissioner by Governor Tambuwal to reposition the state’s finance and ensure its judicious application for the benefit of the people of Sokoto. I am focused on that assignment and will not be distracted by 2023 politics.”

Dasuki noted that his ministry was saddled with the task of guarding the state treasury and working towards ensuring Sokoto State was financially healthy and prosperous.

He added that the state governor had strengthened the economy of the state, sanitized the payroll system, plugged loopholes, and repositioned the state finances.

Meanwhile, no fewer than ten people have been killed after unknown gunmen attacked a drinking joint in Jos, Plateau State.

The spokesman of the state police command, Ubah Ogaba on Monday noted that the gunmen drove in a Hilux van into Kashe (Sabon Layi) community, Kuru District of Jos South Local Government, sporadically shooting at the bar and leaving many dead or wounded.

Ogaba in the statement further stated that the unidentified armed men stormed the community on Sunday night.

He said, “We received a report that ten persons were shot dead at a drinking joint at Sabon Layi, Kuru in Jos South by yet to be identified gunmen, who drove in with a Hilux and shot sporadically.”

“Personnel of the command and the military have been deployed to the affected area.”

“The Commissioner of Police has ordered an immediate investigation to unravel the circumstances surrounding the killing and to bring the perpetrators of the dastardly act to book,” he said

A witness, however, told NAN that the armed men killed twelve people, while five were injured during the attack.

“I counted twelve dead bodies at the scene with five injured,” the source said.