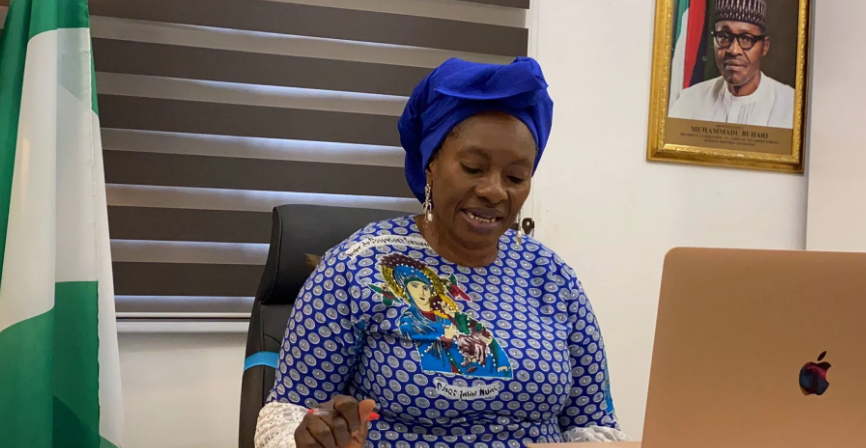 The Federal Government has ordered an investigation into the molestation and killing of Olajide Blessing Omowumi, a student of the University of Ilorin.

Naija News had reported earlier that Omowumi was gruesomely killed by some unidentified persons who invaded her guardian’s house in the Tanke area, in Ilorin, Kwara State capital.

The lady who is said to be in her 300 level student at the Faculty of Agriculture at the University of Ilorin was raped to death by hoodlums, reports had it. Reacting to the disturbing incident on Monday, the federal government charged security agencies including the Department of State Services and Police in Kwara State, to immediately swing into action to fish out the killers of the young lady.

Lamenting the incident in a statement signed and issued on Monday in Abuja, the Minister of Women Affairs, Dame Pauline Tallen, said there must be justice for Omowumi.

The statement reads: “There must be justice for the University of Ilorin undergraduate, Blessing Olajide who recently met her untimely death due to rape.

“It is most disheartening to receive the report of the alleged rape and murder of this young promising Blessing Olajide, and I see this as a heinous act. It is an act that falls below the threshold of accepted behaviour and no excuse should be made in condemning this act.

“To say that it was perpetrated against a young female student who was already in the 300-level of her study at the University of Ilorin is most condemnable.

“She was allegedly raped and murdered in her room in the Tanke Area of Ilorin, Kwara State. It is most unfortunate that this promising young lady could not feel safe in her home when it is often said that a person’s home is a person’s fortress.

“Far from throwing up our hands in the air in resignation about the persistent perpetuation of rape by the perverts who are still engaging in it, I want to reiterate that the administration of President Muhammadu Buhari will not yield a ground in our resolve to ensure that perpetrators of rape do not go un-apprehended and unpunished.

“I understand that Blessing Olajide, who until her death, was a student of the Agricultural Science Department, hailed from Oke-Opin in Ekiti Local Government Area of the State.

“My heart goes out to the parents and family of the victim, as well as her friends and the management of the University of Ilorin over this misfortune and loss.

“I urge the Commissioner of Police in Kwara State, all sister law enforcement agencies in the state, such as the DSS and the University management to immediately swing into discreet investigations and action to fish out the perpetrators and the collaborators of this dastardly act with a view to bringing them to book.

“There must be justice for the late Blessing Olajide and her family and friends. My Ministry will continue to support every timely action taken to ensure that rape is seen by all in the light of how we see it in the Federal Ministry of Women Affairs: It is a no, no!”