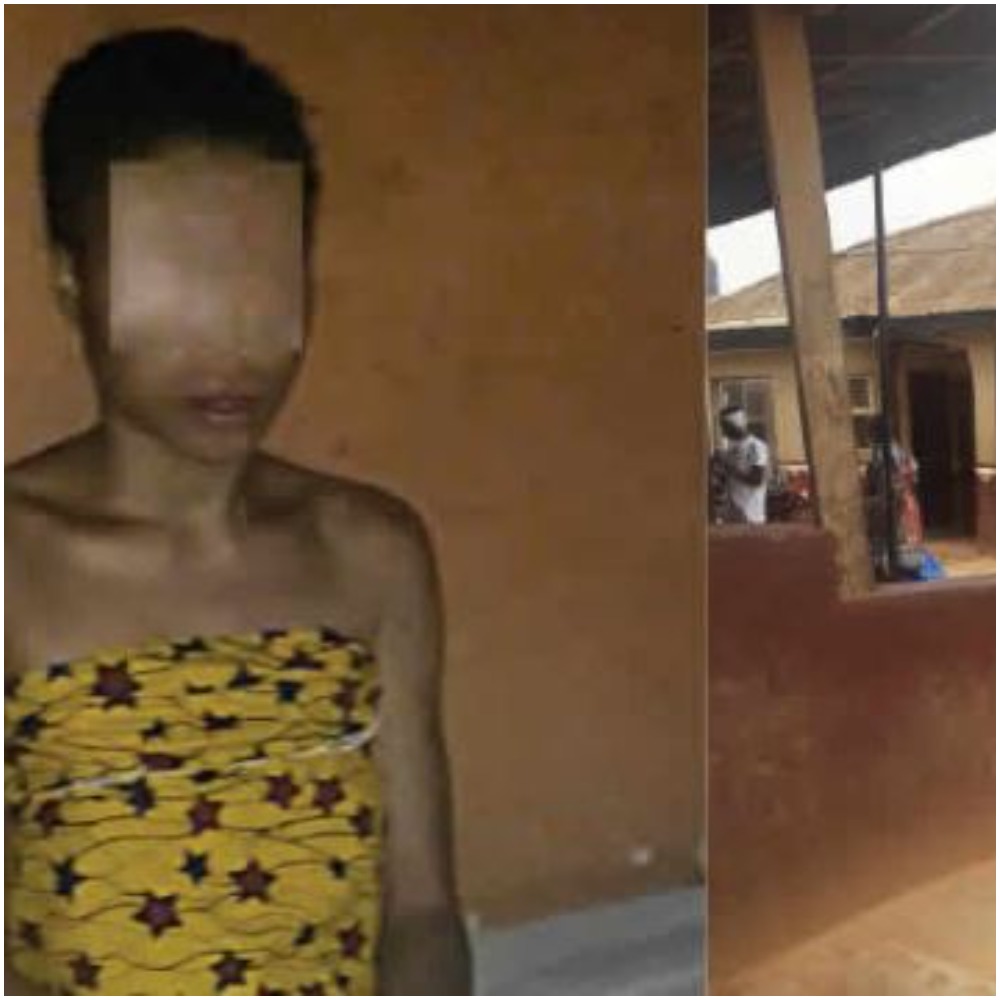 A 16-year-old girl, identified as Abigail, has described how she left her hometown in Cross River state after she was promised a salesgirl job in Ogun State.

Abigail recounted the six-month odyssey of how she jumped from a job seeker to a sex slave ‘servicing’ clients in a local brothel.

According to Saturday Punch, the teenager was introduced into prostitution by her boss, Madam Nelly, at Kolab Hotel along Ayetoro Road in Ogun State.

Investigation revealed that young girls are being used for harlotry at the hotel (bungalow) premises by a woman identified as Madam Nelly. Some of them, including Abigail, craved to be freed.

“I was around that day. But I was locked inside the room because policemen were patrolling. Madam Nelly doesn’t allow me and other young girls to go out. Men come to ‘sleep with’ us inside our rooms,” she mumbled.

To have an easy access to Abigail, the correspondent had to posed as a client.

She was slim and light-complexioned, her face was filled with confusion when the correspondent entered the small apartment demarcated with a piece of wood raised at mid-level.

After being told that the mission was different, Abigail disclosed the agonizing experience she has been through since she arrived at the hotel about six months ago.

“One Aunty Bright brought me and my cousin here from Calabar. She told me I would be helping Madam Nelly to sell food and that after some months, the woman would give me money so that I can go back to the village to continue my school. She didn’t tell me the amount the woman would give me. I noticed that Madam Nelly gave her money before she left but I don’t know the amount.

“I dropped out at SS 1 because my father didn’t pay my school fees. He threw out my luggage and told me not to come to his house again. I don’t know my offense. He had two wives, including my mother who died about two years ago.”