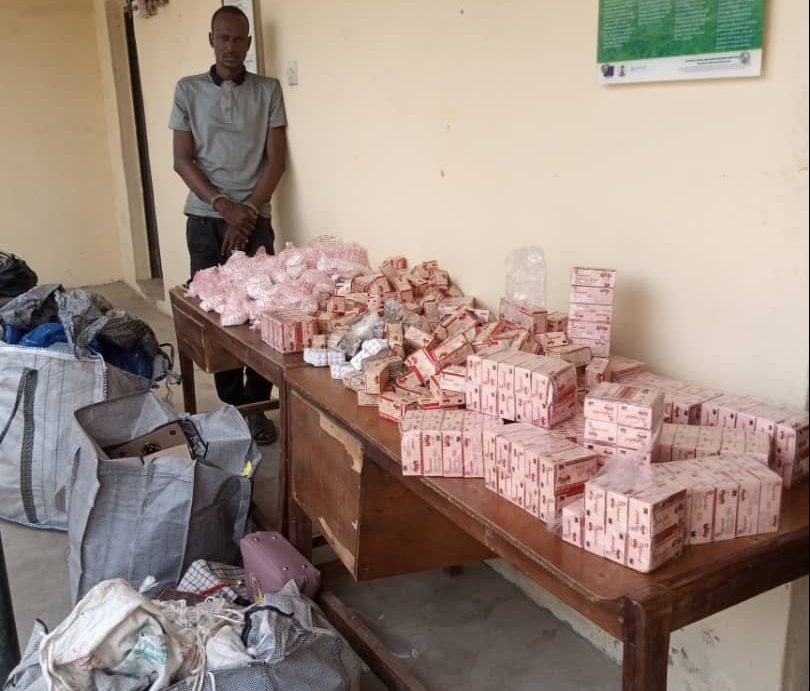 One Adama Uomar Issa has been reportedly arrested by officials of the National Drug Law Enforcement Agency in Taraba State over possession and supply of illicit drugs.

It was gathered that the 35-year-old Chadian sell narcotics, assorted drugs to Boko Haram insurgents.

A statement from the state Commander of the NDLEA, Suleiman Jadi, revealed that Issa communicates only with French and Arabic, claiming he was taking the illicit substances to the Chad Republic before he was intercepted by officials of the agency in Jalingo.

Naija News understands that Issa’s arrest was coming barely a week after the arrest of a 70-year-old terrorist from the Republic of Niger who supplies illicit drugs to Boko Haram members and bandits.

The spokesperson of the state NDLEA command, Femi Babafemi, while giving more details of the arrest told newsmen that investigations show that Issa is a major supplier of illicit drugs to Boko Haram insurgents.

He said: “At the point of interdiction, the drugs, which he bought from Onitsha in Anambra state, were concealed inside new ladies’ handbags and shoes. In a related development, operatives of the anti-drug law enforcement agency have raided drug joints in Warri Street, Kaduna, where 29.5 grammes of cocaine and heroin were recovered along with 456 grammes of Rohypnol tablets. Two peddlers: Suleiman Yusuf and Abubakar Abdullahi were arrested during the sting operation.“