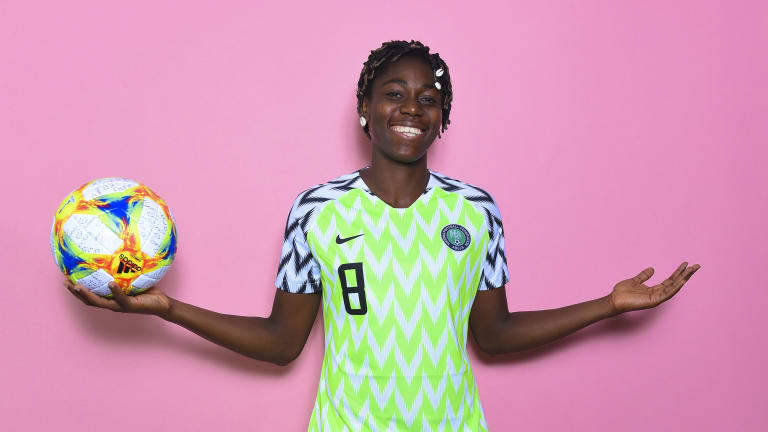 Super Falcons and Barcelona striker, Asisat Oshoala has been named the best African Woman player of the decade by the International Federation of Football History and Statistics (IFFHS).

The Nigerian international was crowned as the best female footballer from the continent between the years 2011 to 2020.

For the national team, between 2011-2020, Oshoala won three African women’s championships with Nigeria and was also named CAF African women’s football of the year on four separate occasions.

At the club, level, the 26-year-old won four titles with Nigerian side Rivers angels and a single English FA Cup with Arsenal Ladies in 2014 and 2015 respectively.

Oshoala won the Chinese women’s super league in 2017 with Dalian Quanjian, before joining Barcelona where she won the league title last year and also became the first African to featured and scored in UEFA women’s champions league final.