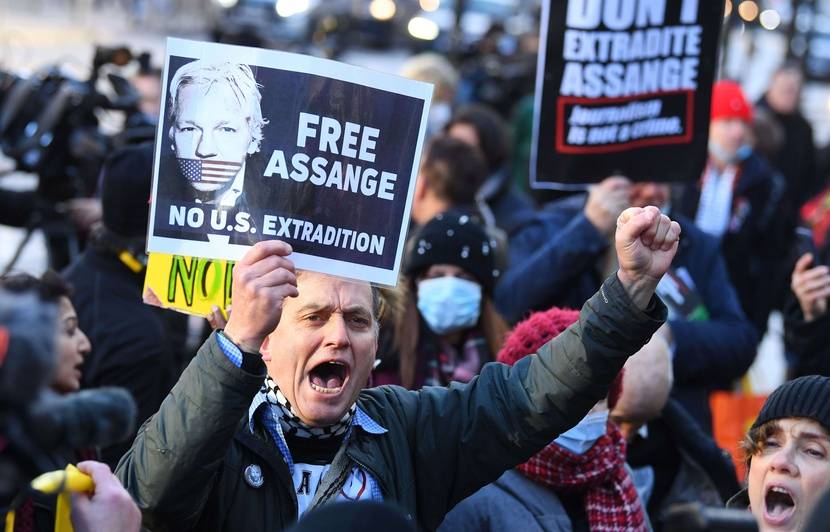 Forty-eight hours after the victory won on Monday by the 49-year-old Australian, “it’s a huge disappointment,” responded his partner Stella Morris. The lawyer, who had two children with Julian Assange, once again called on the US Department of Justice to “drop the charges” against him and on the President of the United States to “pardon” him.

Citing the risk of suicide of the founder of WikiLeaks in the American prison system, British judge Vanessa Baraitser on Monday refused his extradition to the United States. In the process, the American authorities notified the court of their intention to appeal. On Wednesday, the magistrate said that there are “serious reasons to believe that if Mr. Assange was released today, he would not go to court to face the appeal procedure”.

“We want it to end, but we are confident that justice will prevail,” reacted to the exit of the court the editor of Wikileaks, Kristinn Hrafnsson. At the hearing, prosecution representative Clair Dobbin stressed that Julian Assange, who “considers himself above the law”, has the “resources” to flee, highlighting the offer of political asylum made by Mexico.

A risk dismissed by Julian Assange’s lawyer, Edward Fitzgerald, who pleaded that his client had “all the reasons” not to evade British justice which ruled in his favor on Monday. Invoking the family life which awaits him outside, he proposed his placement under surveillance by an electronic bracelet, in vain.

Julian Assange was arrested by British police in April 2019 after spending seven years in seclusion at the Ecuadorian Embassy in London, where he had taken refuge while on bail. He feared extradition to the United States or Sweden, where he was the subject of rape charges which have since been dropped.

The Australian, supported by a number of press freedom organizations, faces 175 years in prison in the United States for having disseminated, from 2010, more than 700,000 classified documents on American military and diplomatic activities, especially in Iraq and Afghanistan.

The United States accuses him of having endangered sources of American services, an accusation that he disputes. Among the published documents was a video showing civilians, including two journalists from Reuters, killed by gunfire from a US gunship in Iraq in July 2007.