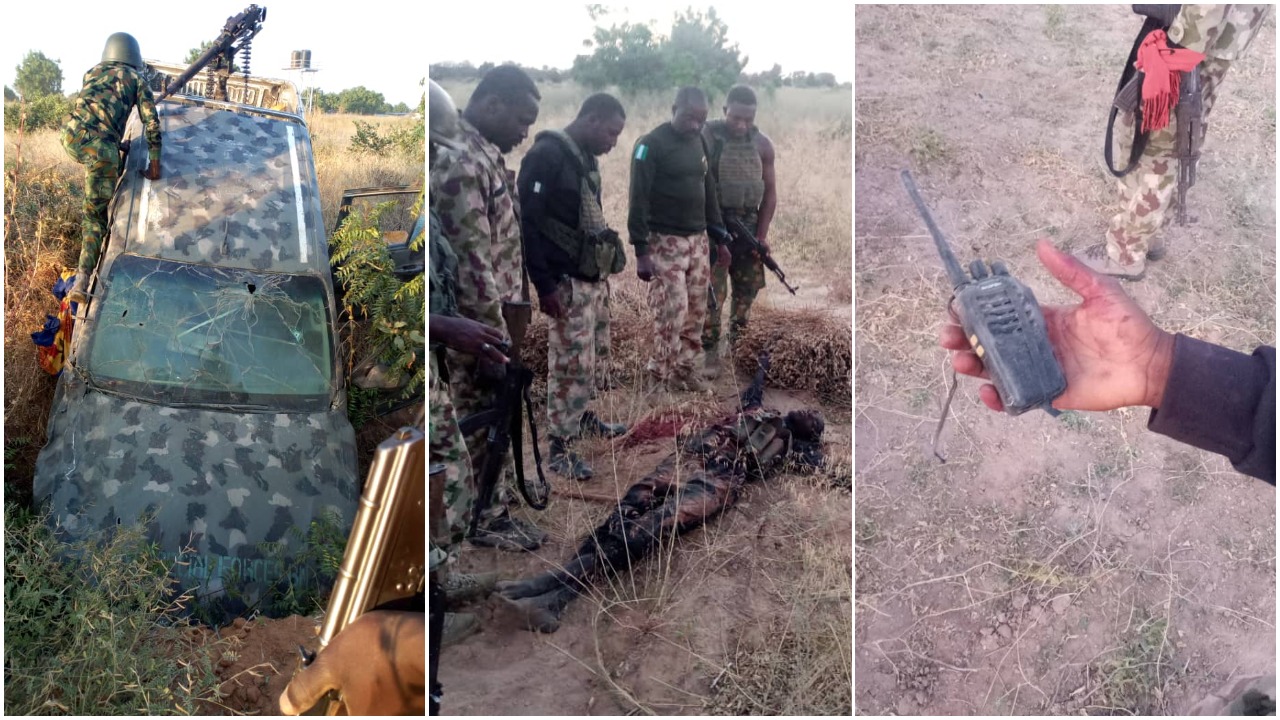 Troops of the Nigerian Army have inflicted further casualties on Boko Haram terrorists after the two parties clashed at Tunkushe village in the northeastern part of Borno state.

The troops reportedly ran into an ambush set up by the terrorists in Tunkushe which is about 20 kilometers away from Maiduguri, the Borno State Capital.

Naija News gathered the terrorists appeared in military uniforms and were driving two Hilux vans mounted with Anti Air Craft guns when the military ran into them.

In the shoot-out that followed which lasted for over 30 minutes, troops of 212 Battalion of the Nigerian Army killed several of the terrorists, recovered weapons and ammunition but two soldiers were also wounded during the operation.

“The attempted attack by the terrorists was repelled by the troops of 212 Battalion of the Nigerian Army in a very strategic ambush in a heavy gunfight that lasted for more than 30 minutes.

“While two soldiers were wounded in the encounter, at least three dead bodies of the attackers can be seen here as the troops are still pursuing fleeing members of the group

“Items recovered from the insurgents include; one gun truck mounted with Anti Air Craft gun, AK 47 rifle, buffen radio and various types of other ammunition. Several traces of blood were also seen along the route where the remaining insurgents escaped in disarray,” a military source told PRNigeria.

Meanwhile, Naija News earlier reported that the Nigerian Military has executed a successful airstrike on Sambisa forest in Borno State which resulted in the death of several terrorists.

This development was confirmed in a statement on Tuesday, 29th December 2020 by the Coordinator Defence Media Operations, Major General John Enenche.

According to the military spokesperson, the operation took place on Monday, 28th December and was conducted by the Air Task Force of Operation LAFIYA DOLE.

He added that intelligence reports available to the military has it that some of the terrorists who attacked Borno and Adamawa State recently were part of those killed by the airstrike.