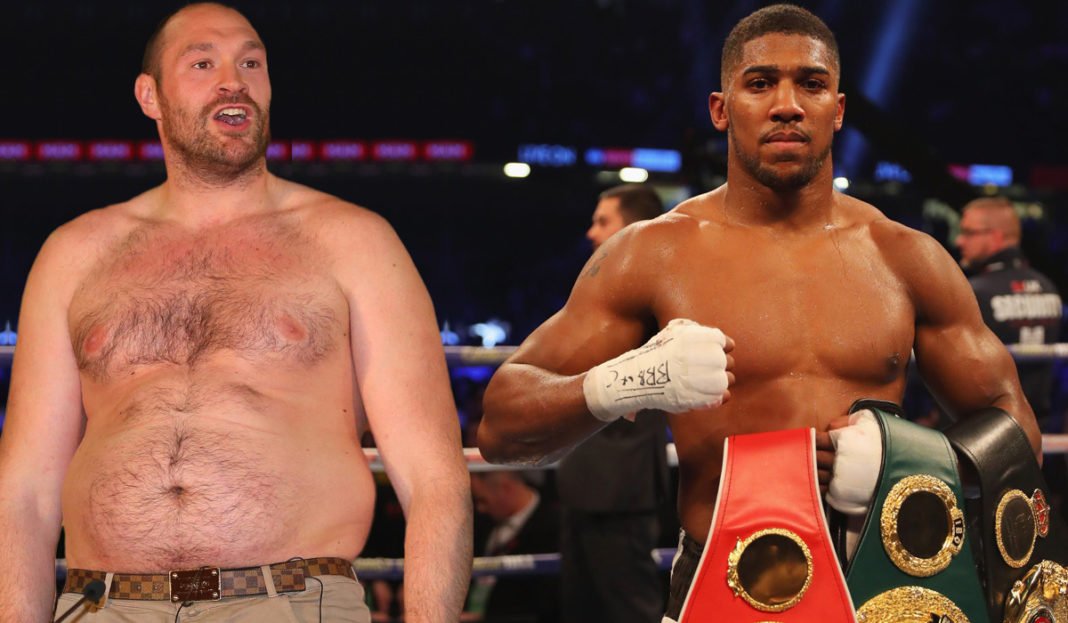 WBC champion, Tyson Fury, on Sunday noted that he can’t wait to knock out British-Nigerian boxer, Anthony Joshua when they clash in 2021.

Naija News had earlier reported that Joshua knocked out Kubrat Pulev, in round nine at Webley on Saturday night.

Joshua after the fight had indicated that he wanted a fight with Fury but will also entertain other challengers for the belt.

“I’m up for anything. Who wants to see Anthony Joshua box Tyson Fury in 2021? I started this game in 2013 and I’ve been chasing the belts ever since. Whoever has got the belt, I would love to compete with them. If that is Tyson Fury then let it be Tyson Fury,” Joshua said after the fight.

Fury in his reaction to Joshua’s statement posted a video on social media stating that he is ready to knock out Joshua in three rounds.

“Well there you go everyone.”

“He got asked if he wants the fight and he went around the bushes and put his a*** in the hedge.”